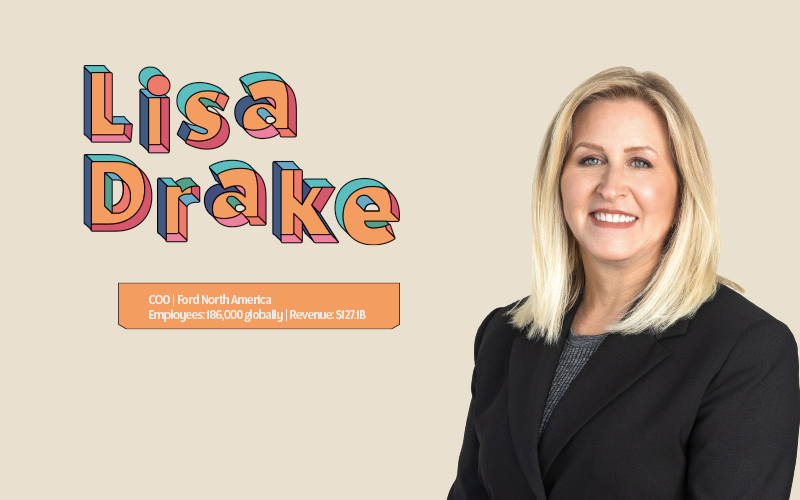 Mechanical engineer Lisa Drake says the most challenging job in her career was chief engineer for Ford Motor Co.’s battery and hybrid electric vehicles. In that position, which she held from 2007 through 2010, she led development of the Ford Focus and Ford Transit Connect electric vehicles, and Ford Fusion, Lincoln MKZ, and Ford C-Max Energi hybrids. “That team was so excellent that I really had to stretch my technical competency, sharpen my skills, and get to know a lot of electrical engineering,” she recalls. “It was during the recession, with a small team in an off-campus building, so you can imagine (how hard it was) to spend any money at that time.”

For that effort, Drake earned the Automotive Hall of Fame’s 2008 Young Leadership and Excellence award, in recognition of her “contributions and leadership in the growing field of electrification.” She says the group she led back then has mostly stayed together. “A lot of those folks who worked on that technology all those years ago have now delivered the Mustang Mach-E and Ford F-150 Lightning,” Drake says. “They kept researching battery cells and developing in-house motors, even when we didn’t have vehicle programs. When we got really serious about electrification a couple years ago — and even more serious now — they were ready. They love what they’re doing, and that’s why they’re so good at it.”

Drake’s most physically demanding job was as Mustang Plant Vehicle team manager at the Dearborn Assembly and Dearborn Truck plants. “You have to be in by 6 a.m. for startup, the days are long, the speed is fast, you’re on the floor all day, and when dealing with a problem, you can’t schedule a meeting for the next day. You need to be right there, deciding what to do as those vehicles are rolling off the line,” she says. “The production environment is very tough and taxing, and I give our teams a lot of credit for going there and doing those jobs day in and day out. They’re real troupers.” 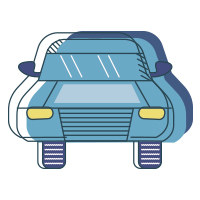 Born and raised in Pittsburgh, where she earned a mechanical engineering degree at Carnegie Mellon University, Drake moved to Michigan to take her first job as a Ford powertrain engineer. Initially aspiring to be a doctor, she started as a biology major but liked math and physics much better. “I had great physics professors, and one saw me as a problem-solver who would like engineering,” she recalls, “so I switched to mechanical engineering in my sophomore year and absolutely loved it.” From there, she earned an MBA from the University of Michigan in Ann Arbor.

Throughout her career, Drake says she’s been fortunate to be successful as a woman in a male-dominated field. “I’ve been blessed with mentors, and because there weren’t that many females around me early in my career, almost all of them were males. I don’t like to gauge the challenge for women in this industry through my own singular personal experience, because for every female who succeeds, there are hundreds just as capable. We’re making progress, but aren’t exactly structured to allow that as easily as I’d like. And, of course, I pay it forward. I do more mentoring than I probably should, but I can’t resist doing it. I mentor every level, male and female, as much as I can.”

One major mission of Drake’s current position is improved profitability through cost and waste reduction. The two most important areas for accomplishing that, she explains, are improving product quality to reduce warranty costs and lowering material costs — and she says those goals can be complementary. For example, both material cost and warranty risk can be reduced by integrating some typically “set-and-forget” features into the infotainment system’s touchscreen system instead of having them controlled by mechanical switches and wiring.

What would be her advice to women in business, and specifically in the auto business? “First, seek out mentors and advocates. Never worry that someone is going to say they don’t have the time. You’ll be surprised at how many of us will make the time to talk to individuals. Whatever they do in any company, everyone has to network, especially women in male-dominated spaces — and network at the right level. It’s difficult when an employee whose work I don’t know asks me for advice. I can give general advice, but people should find the right mentors who are close enough to their work to best be able to help. … I have people I can go to when I need advice or guidance, and other people I can go to with tough engineering questions.”