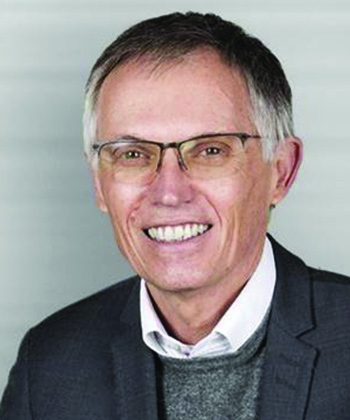 Tavares was appointed the first CEO and executive director of Stellantis in January 2021. Previously, he served as chairman of the managing board of Groupe PSA. A native of Portugal, Tavares graduated from École Centrale de Paris and held various positions within the Renault Group between 1981 and 2004, before joining the Nissan Group when Renault and Nissan became partners in the Renault-Nissan Alliance. Automobile Manufacturers’ Association.  Tavares is passionate about cars, car collecting, and racing. 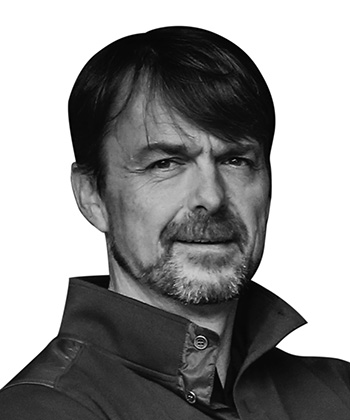 Manley has an extensive background in all aspects of global business operations including strategy, business development, commercial, brand, product planning, and operational activities. He joined DaimlerChrysler in 2000 as director, network development in the U.K,, and was later responsible for product planning and all sales activities outside of North America, He was responsible for implementing the cooperation agreement for distributing ChryslerGroup products through Fiat’s distribution network. 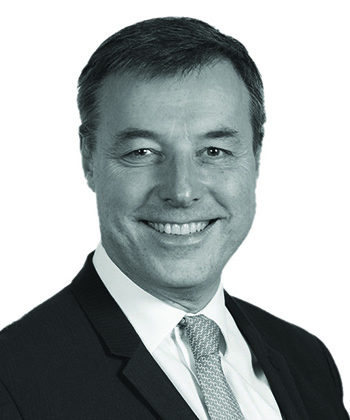 Blaise began his career at Renault in 1990 as product and technology communication manager, and was assigned to Japan in 1999 as head of the Renault liaison office in Tokyo to contribute to the start of the Renault Nissan Alliance. He was appointed Renault Group Asia Pacific communication VP in 2000, covering the corporate, product, and Formula 1 communications activities in South Korea. Blaise joined French train manufacturer Alstom Transport Division as VP in 2007, and in 2014 joined Groupe PSA as senior vice president. 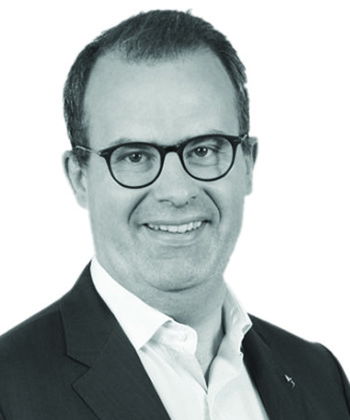 Bonnefont joined Groupe PSA in 2012 as executive vice president, corporate strategy, where he contributed to the group’s turnaround plan, including its brand differentiation strategy, and created the connected vehicle business unit. In 2013, he was appointed Citroën deputy CEO in charge of its premium sub-brand, DS Automobiles, and later served as the first CEO for DS Automobiles. In January 2020, he was appointed executive vice president in charge of high-end brand development during preparations for the merger with FCA. 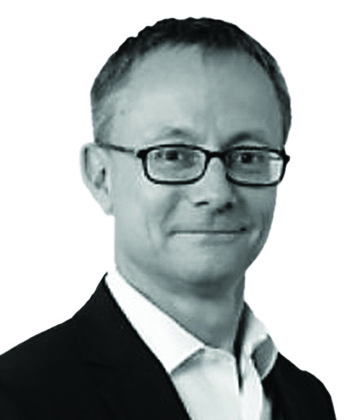 Bourges joined PSA in 2014 as general secretary. He became planning executive vice president in 2018, and was in charge of company strategic planning and business development, global product planning, vehicle programs management, and corporate CO2 management. Bourges was also responsible within the global executive committee for the sales finance activities. Prior to joining PSA, he held several positions in Renault. At Nissan, he was responsible for planning and program management in North America. 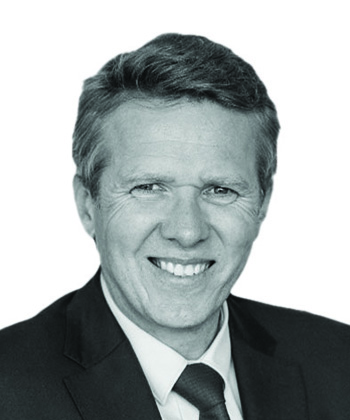 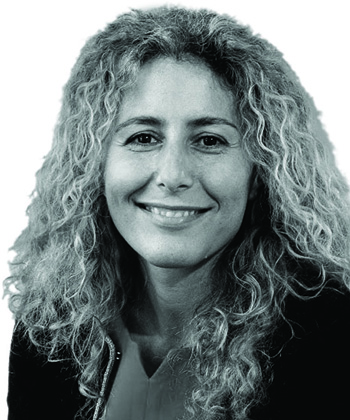 Courtehoux joined Groupe PSA in 1998 and held planning and quality manager positions on a variety of car projects. Between 2010 and 2013, as global project director, she successfully managed and launched the Peugeot Crossover “2008” in the European, Latin American, and Chinese markets. In 2018, Courtehoux was named executive VP and a member of Groupe PSA’s global executive committee. At the beginning of 2020, her responsibilities included the Business Lab, Groupe PSA’s new business incubator. 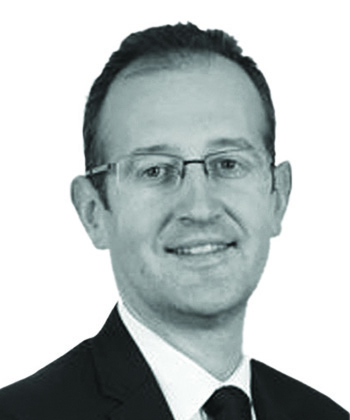 De Rovira joined Groupe PSA in 1998 and held various positions in corporate and manufacturing finance before becoming financial controller in the Madrid and Poissy (France) plants. In 2009, he was named CFO for Latin America, and became controller of the PSA sales division in 2012. In 2013, he was appointed senior VP and took responsibility for B2B and used cars sales, network development and quality of service, CRM and digital, outbound logistics, and car flow. 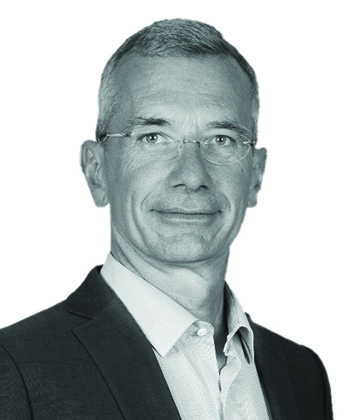 Deboeuf’s background is in process engineering, manufacturing, program development, and purchasing in France and South Korea. He started his career at Renault in 1993 as powertrain process engineer. In 2002, he joined purchasing to take responsibility at Renault Samsung Motors in South Korea. He returned to France to develop the Dacia Duster crossover. Deboeuf was appointed senior VP of the Renault-Nissan Alliance CEO office in 2015. He joined Groupe PSA in 2019 as senior VP for industrial strategy. 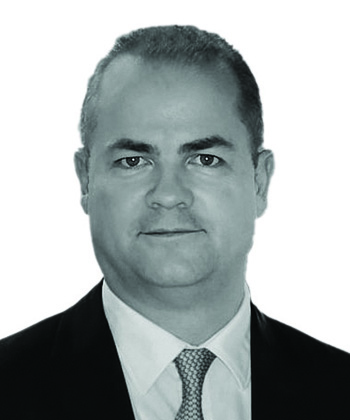 Delay has built an international career in general management, finance, and strategy, with more than 20 years’ experience in the automotive industry and other industrial sectors. He has led global projects and teams across Asia, Europe, and the U.S. Delay began his career with Société Générale and General Electric in London, and spent seven years with Booz & Co. in Paris and Chicago, leading strategy and transformation projects for global automotive clients. He joined Nissan in Tokyo in 2002. 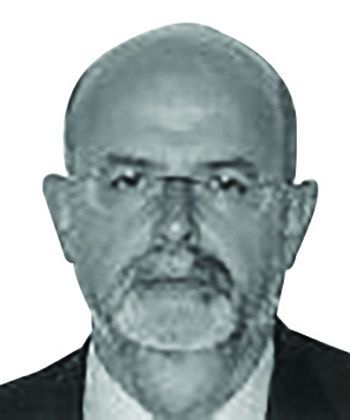 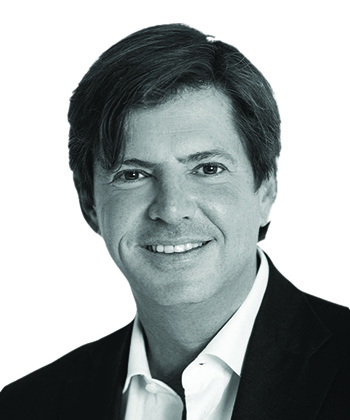 Before joining Fiat in 2005, François worked in positions of increasing responsibility at Citroën, including CEO. He was the lead executive for the Lancia brand beginning in September 2005. From January 2009 to March 2013, François was the head of brand marketing communication for Fiat Chrysler Automobiles with responsibility for coordinating communication activities for all brands. In October 2009, he was appointed president and CEO for the Chrysler brand at Chrysler Group, LLC. 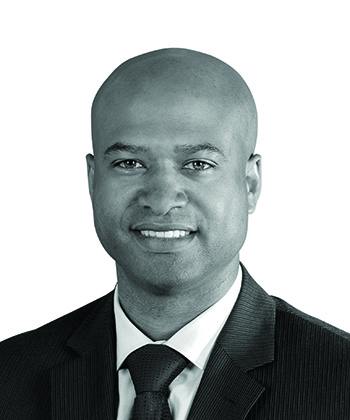 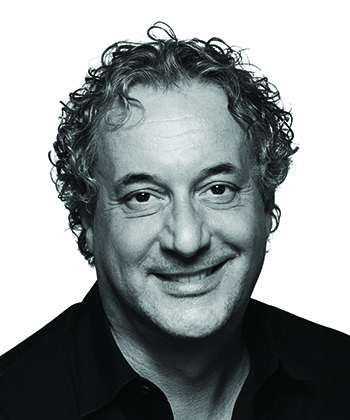 Grasso was named chief operating officer of Maserati in July 2019, with responsibility for overall commercial and financial performance and for driving its operating success across all global markets. He was appointed a member of the FCA Group Executive Council in July 2019. Grasso joined Nike in 2001 and held positions with increasing responsibility, including chief marketing officer. He also served as CEO for Nike subsidiary Converse Inc., where he engineered the brand for long-term sustainable growth. Grasso holds a master’s degree. 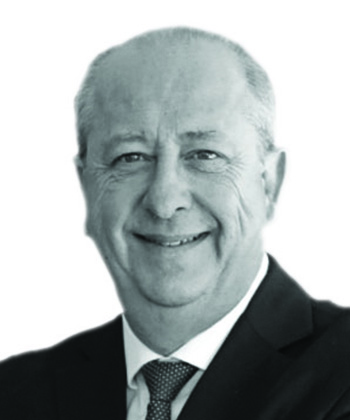 Imparato’s 30-year career at Groupe PSA has focused on sales, quality, and retail activities. He was in charge of Mercosur for Citroën in 1998 before joining the central corporate team in charge of international organization and audit for Groupe PSA in 2000. Imparato was later appointed VP in charge of quality in the Dongfeng Peugeot Citroën Automobiles joint venture in Wuhan, China, in 2003. He was named director of Peugeot international operations and director of European sales and marketing activities in 2012. 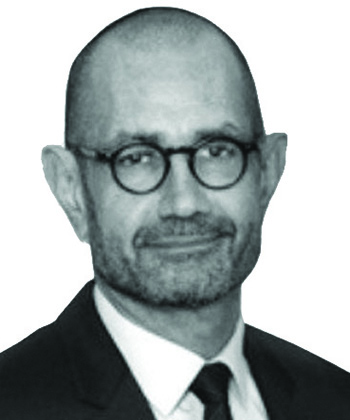 Koskas began his career in 1990 as a civil servant in France’s north region government office in charge of nuclear safety, then in the Ministry of Industry as industry general director chief of staff. In 1995, he served as an adviser in the Ministry of Agriculture. Koskas joined Renault Group in 1997 and served in sales and marketing roles. He moved to London as general manager of Renault London City branch, then to Hungary in 2000 as managing director of Renault NSC. In 2009, Koskas was appointed as program director for EVs. 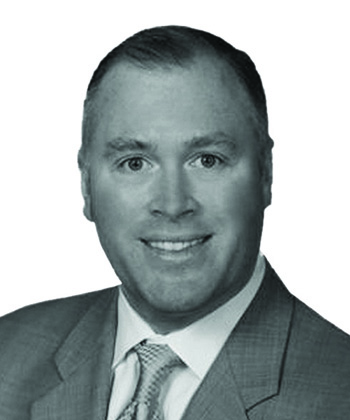 Koval joined the company in 2002 and has held a variety of positions in sales, brand, and purchasing, which included being named head of Ram brand operations in 2016, where he handled vehicle and media mix optimization and pricing strategies. He was named head of Ram brand, FCA North America in June 2020, with responsibility for sales and marketing operations in the United States, Canada, and Mexico. He also oversaw Ram’s international sales and marketing operations. Koval holds a bachelor’s degree from CMU. 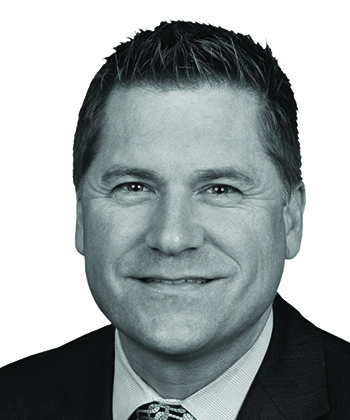 Kuniskis joined the former Chrysler Corp. in 1992 and held a series of positions in the company’s business center operations and marketing organization. He became a member of FCA’s Group Executive Council in October 2015. Kuniskis served as president and CEO, Dodge and SRT brands, FCA North America, head of the Fiat and Jeep brands in North America, and head of Maserati. He was named global head of Alfa Romeo in February 2018 and head of passenger cars, North America, in June 2019. 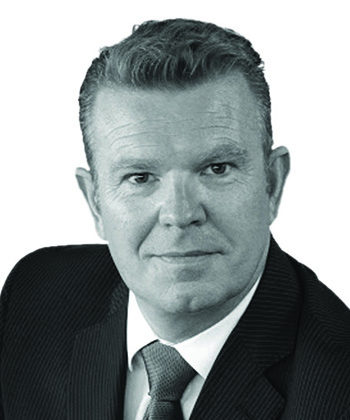 Meunier began his career at Ford Motor Co. in France in key sales and marketing positions. He moved to Nissan in 2002, where he served as division VP of Infiniti global sales, marketing, and operations; senior VP of sales, marketing, and operations for Nissan North America; chairman, Nissan Canada; and president of Canada and Brazil. He served as chairman and global president for Infiniti Motor Co. Ltd. Meunier was global president of the Jeep brand and a member of  the FCA Group Executive Council. 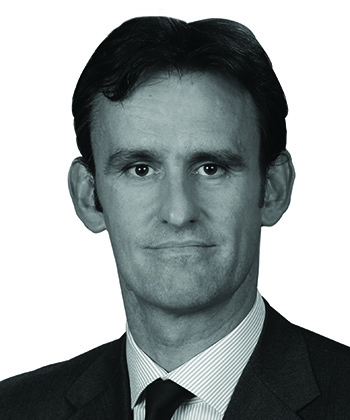 Palmer served as finance manager for several business units at General Electric Oil & Gas, Price Waterhouse, and United Technologies Corp. He served as CFO of FCA US, LLC from 2009 to 2017; CFO of Fiat Group Automobiles S.p.A. from December 2006; and CFO of Iveco from June 2005. Palmer was appointed CFO and named a member of the FCA Group Executive Council in September 2011. He was responsible for all financial activities of the group. He was named head of business development in July 2018. In April 2019, he was appointed to the FCA board of directors. 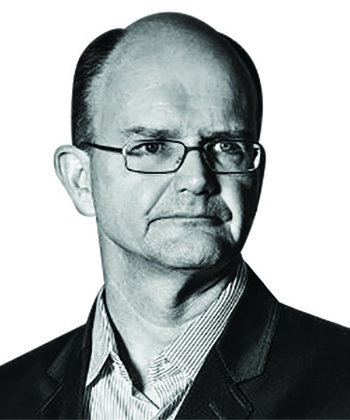 Schwarzwald joined Fiat Automobiles in 2004 as the senior VP for quality, and supplier quality director for the Fiat, Alfa Romeo, Lancia, and Maserati brands. In 2007, he was named quality assurance director for Volkswagen South America, where he was responsible for the manufacturing quality of six plants in Brazil and Argentina. He also oversaw quality strategy and certification, supplier quality engineering, and product reliability. He rejoined FCA Group in 2016 and served as head of quality for the Latin America region. 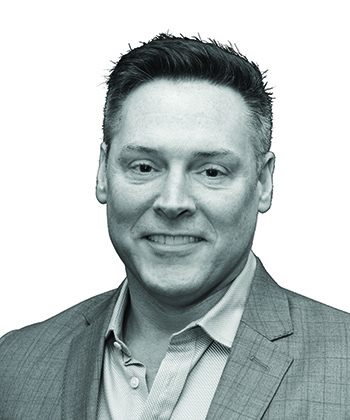 Stewart spent the first years of his career in manufacturing with TRW Inc., and later Tower Automotive Inc., where he served as director of operations and executive VP. He has been based in the U.S., Belgium, Germany, and China in a variety of positions in production, quality, and engineering. Stewart was named VP of operations for Amazon in 2017. He was appointed COO for FCA’s North America region and named a member of the Group Executive Council in December 2018. Stewart holds an MBA from the University of Tennessee. 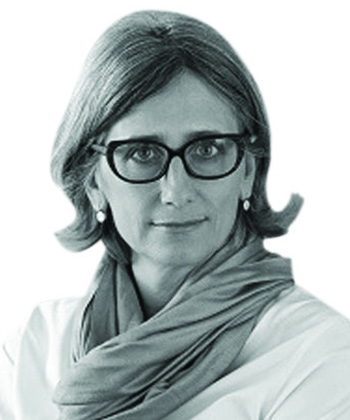 Vernetti held consultant roles at Bain & Co. in Italy and Andersen Consulting prior to joining Fiat S.p.A in 2004, where she was responsible for business development and joint ventures coordination for Fidis, the group’s consumer finance unit. She also served as the head of business development for FCA’s Europe Middle East Africa region beginning in 2009, and head of FCA Serbia from 2011. During this period, she also led the Fiat Group Auto Alliances Management and Strategic Planning function, where she managed alliances with key industrial partners. 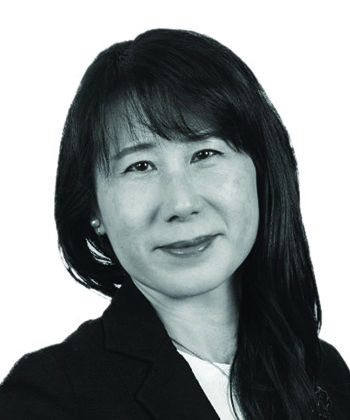 Wen began her career with Thomson Multimedia in 1994 as financial controller, sales representative, and purchasing manager. From 1997 to 2000, she worked for Group Philips’ automotive branch as strategic alliances manager and senior purchasing manager. Wen joined Renault-Nissan in 2000 as global supplier account manager for powertrain and vehicle body. In 2008, she became VP of sourcing and supplier quality development with Alstom Transport. In 2018 she was appointed executive VP, global purchasing. 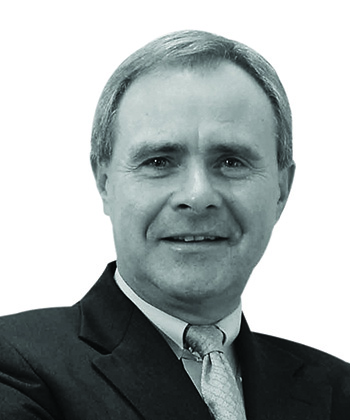 Wester started his professional career at Volkswagen AG in Wolfsburg, where he was general manager of the vehicle research and new concepts department from 1991 to 1995. He later joined Audi AG in Ingolstadt as program manager for the A2 models and special vehicles. Wester joined Ferrari S.p.A. at Maranello as director of product development, where he remained until 2002. He joined Fiat Group in 2004, and was appointed CTO in 2007 and COO of Maserati in 2018. He also served as head of Alfa Romeo, Maserati, and Abarth.

The Stellantis Board of Directors can be viewed at: stellantis.com/en/group/governance/leadership