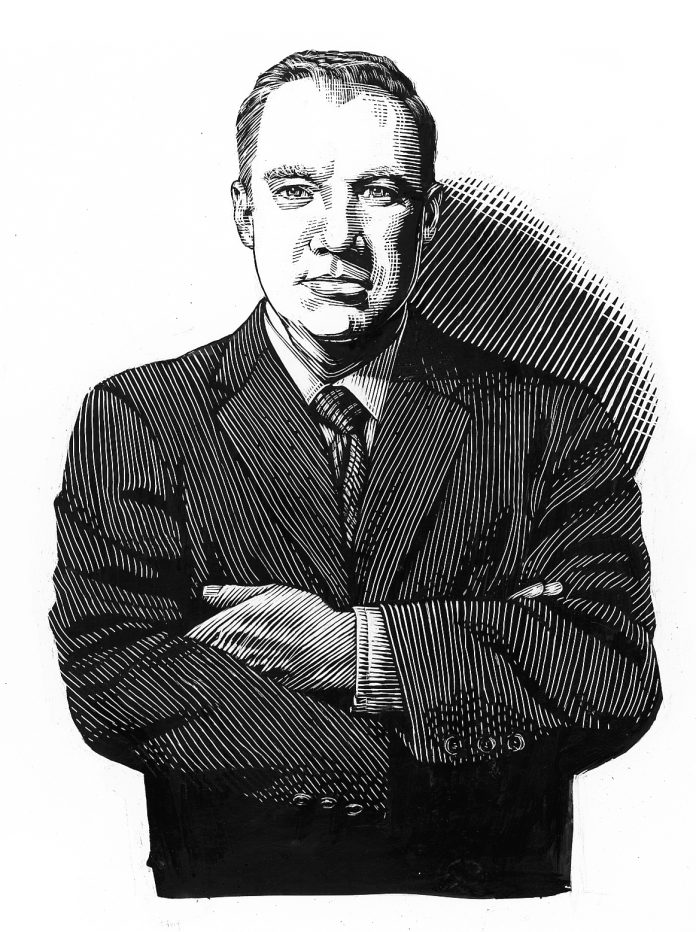 Midland doesn’t possess the allure of Charlevoix or Bay Harbor, yet it’s arguably the most prosperous small city in Michigan. For starters, real estate values in Midland have held their own in recent years, while home prices have slipped nearly everywhere else — including in such desirable locales as Birmingham, the Grosse Pointes, and Bloomfield Hills.

Sure, Ann Arbor is larger, and is home to the University of Michigan, but it’s a college town that spills over with activity from fall to spring and quiets down during the summer months. The same goes for East Lansing, home to Michigan State University. Not many people vacation in either city, I suspect. Midland, meanwhile, draws its share of vacationers year-round.

One sign that Midland has more going for it than most cities its size — population of around 41,000 — is discernable from the air. When Alden B. Dow, the architect and son of Herbert B. Dow, the founder of Dow Chemical Co., designed Northwood University’s campus, he bisected the S-shaped main road with a linear walking mall. The resulting image is that of a dollar sign.

Need more evidence? There’s an abundance of homes and structures designed in the Prairie School of architecture, which was the style most favored by Dow and famed designer Frank Lloyd Wright. The downtown district has few vacancies, the result of a prosperous residential base that is mostly employed by Dow Chemical and its surrounding affiliates like Dow Corning, Dow Roofing Systems, Dow AgroSciences, Dow Kokam, and Hemlock Semiconductor Corp.

The university, which offers undergraduate and graduate programs to some 2,300 students (the school operates several campuses around the world), caters to entrepreneurs, the sons and daughters of small business owners (especially automotive dealers), and foreign students lured by the prospect of learning every nuance they can about the American Dream.

The Midland Country Club just received a multimillion-dollar makeover and addition. As a result, the clubhouse is larger than the historic edifice at Oakland Hills Country Club in Bloomfield Township, and is complemented by a separate, state-of-the-art swimming complex.

So what’s the message for Detroit and other cities struggling to reverse years of decline? Embrace and engage the business community. Cater to workers by offering safe and attractive housing. Provide a first-class education system, and lure top scholars from around the country and the world.

Detroit Mayor Dave Bing is on the right path, and the stars are starting to align with his vision of restoring a world-class city. The Big Three automakers and their suppliers are no longer burdened by huge legacy costs, and they are profitable. A critical mass of high-tech companies in the downtown district should be tapped for support, as well.

By drawing as much investment and interest from the corporate community as possible, and by doing most of the little things right, Detroit can prosper. The city can’t sit back and expect to be catered to. Rather, Detroit needs to set the table, pull out the chair, and prepare to deliver a memorable experience. db