Amidst local national pizza franchises such as Domino’s, Little Caesars, Jet’s, and Hungry Howie’s, one lesser-known pizza maker that got its start in Ypsilanti is finding success by creating community-focused franchises across the state. 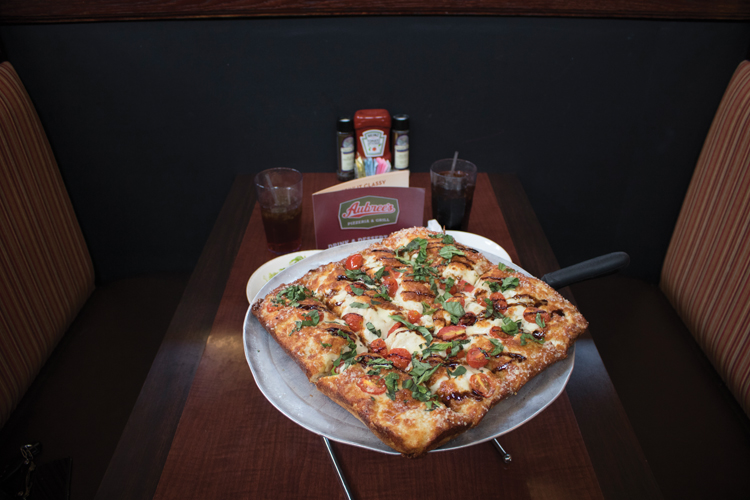 Andrew French, owner of Aubree’s Pizzeria, now based in Ann Arbor, says he’s building his franchise around the concept of bringing customers back into the dine-in, community restaurant setting rather than relying on the popular pick-up and delivery trends. “I think it’s kind of how we interact with our communities,” French says. “One of the goals we have when we’re choosing our locations is how (customers) will feel when they come in. We want it to be a community gathering place.”

The model appears to be working. Since it began offering franchises in 2004, Aubree’s has added 11 restaurants and has recorded more than $16 million in revenue — nearly double the sales from five years ago. French says the next step is to continue the company’s growth in a crowded field of franchises, many of which hold 100.

Mandy Detwiler, managing editor of Pizza Today, a national trade publication affiliated with the National Association of Pizzeria Operators (which represents more than 475 pizza companies), says that smaller, local pizza operations are actually in a positive position for experiencing profitability among the larger, more established franchisors.

“Good word of mouth is important to get a bigger name, but people understand that local products are superior,” Detwiler says. “More people are supporting local businesses now, and knowing that they have a higher-quality product, people are seeking out more local pizza franchises.”

Detwiler says that despite the intimidating size of the larger major players in the $40 billion pizza industry, smaller statewide franchises remain important to customers.

That’s music to the ears of Aubree’s, which is gearing up for rapid growth. “We have a goal of reaching 25 locations by the end of 2020. We’re looking to add … one or two (units) a year and eventually possibly three a year,” French says.

Aubree’s didn’t begin as an all-encompassing pizzeria and grill, but as a corner bar in Ypsilanti — the same city where Domino’s got its start. It opened in 1972 under the leadership of Bill and Sandee French; their son, Andrew, took over the business last year after Bill passed away.

French says it wasn’t until 2000 that the company introduced its pizza recipe to an existing menu of hamburgers. Eighteen months later, sales began to take off, and soon pizza sales were nearly outperforming alcohol. “We developed this pizza recipe and concept that just really hit it off with the community,” he says.

“Over the years, (the pizzeria) improved as we invested time and energy in the business,” French continues. “Around 2000 we made a decision that we needed to move away from the bar business and focus on food.”

The attention on pizza and other menu items led Bill French to open a second Aubree’s location in Ypsilanti Township in 2004. “Originally it was a pick-up and delivery concept, but the opportunity to expand came about in 2007. We leased the building next door and turned it into a full restaurant. It sort of turned into a model to build other restaurants off of,” French says.

While French is looking at new ways of incorporating different technologies to improve the guest experience, he’s wary of adding units too far from Aubree’s corporate office in Ann Arbor, for the sake of maintaining the company’s core values and strength in the midst of growth.

“There’s been challenges with growing pains, but as we’ve expanded (we’ve been) able to maintain our company values throughout all our locations, and (we’ve been able to control) how to communicate (our culture) as we grow,” French says. “We recognized expanding as an opportunity, as well as (a chance to) really develop our leadership team. We’re only as good as the people running our restaurants.” 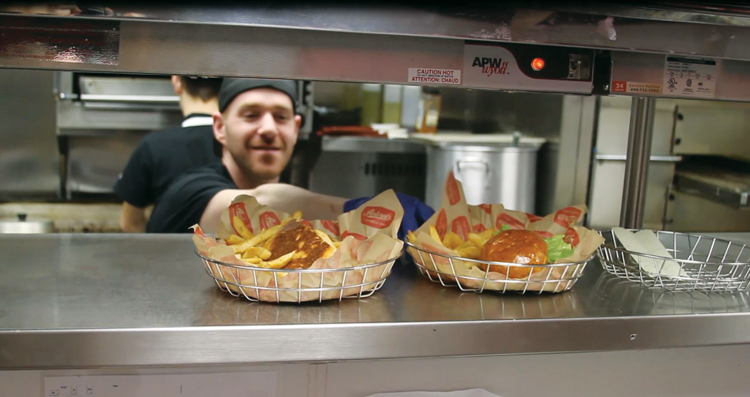