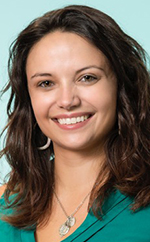 Christina Cooper has been named marketing director at the Ronald McDonald House of Detroit, a Detroit-based charity for children.

In her new position, Cooper will be a media resource and spokesperson for the charity. She will also handle social media and print publications, and serve as an ambassador to the Children’s Hospital of Michigan and other area health care facilities that treat children to inform them about resources at the charity.

Before joining the Ronald McDonald House of Detroit, Cooper was the communications and social media manager for Catholic Charities of Shiawassee and Genesee Counties, where she worked on local issues including the Flint water crisis.

Cooper, moving from Flint to Detroit, earned a Bachelor of Arts in communications studies from University of Michigan and a master of arts in integrated marketing and management communications from Florida State University.