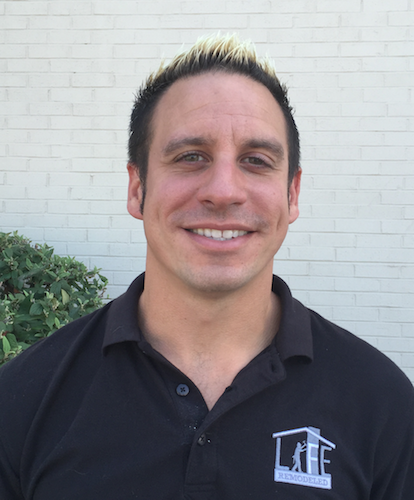 Chris Lambert launched Life Remodeled in 2011, which was partly inspired by the popular TV show, Extreme Makeover: Home Edition. He and a group of volunteers built a home from the ground up in six days, provided holistic services to a family in need, and performed neighborhood beautification. They multiplied the efforts in the next two years before partnering with Detroit Public Schools in 2014 to choose one Detroit high school and surrounding neighborhood each summer with a focus on blight removal, board-ups of vacant houses, home remodels, and a major community project. In the Cody Rouge neighborhood on the city’s west side, it was a $1.2 million football field where the team had not played a home game in six years. Last year, in the Osborn neighborhood, it was a badly needed new roof.

Next week (Aug. 1-6) in the Denby neighborhood, 10,000 volunteers from businesses, community organizations, and churches will go at it for six days. The enduring legacy this year will be a $1.4 million community park next to Denby High School that was the vision of Denby students in 2013. DBusiness Daily News spoke with Lambert about the growth of Life Remodeled and its commitment to remodeling lives one neighborhood at a time.

DDN: How is Life Remodeled different from other organizations working to improve Detroit?

Our focus is on people over projects. We have learned how important it is to develop relationships in the communities we serve rather than just focusing on doing stuff. You see Life Remodeled at work for one week each summer, but the efforts to bring that about require 51 other weeks of the year. We have been blessed each year with individuals and businesses that want to help with in-kind contributions of labor and materials. More than 70 percent of our $5 million project in Denby next week is coming from in-kind contributions.

DDN: You work in some of Detroit’s most-blighted neighborhoods. What does Life Remodeled do to see that its efforts are sustainable?

I mentioned the importance of relationships. In Denby, there are several community leaders who from the time we decided to come there have asked the question out loud of what happens after the project is done. We are not able to fix everything that needs fixing in a neighborhood, but by working with the community and listening to what they say are the greatest needs, we can be a catalyst for positive and lasting change. In Cody Rouge, crime dropped in 10 of 11 categories in 2015, the year after the Life Remodeled project. More resources have poured into Cody Rouge and the improved opportunities for students at Cody High are amazing because of a state-of-the-art medical simulation lab and a STEM lab among other improvements.

DDN: How do you attract volunteers, especially from suburbs where many fear coming to the city for anything more than a professional sports event?

That is a great question. It does take courage to come out of your comfort zone to volunteer with Life Remodeled, but we have never had an act of violence in the years we have been working in city neighborhoods. And this year, we have seven suburban cities from Livonia and Northville to Rochester Hills and the Grosse Pointes that actively and intentionally recruited residents to serve during Project Week. It began organically in Northville and spread from there. The people serving and being served are both having their lives remodeled.

DDN: The amount of resources dedicated to each project is impressive. How has that come about?

I think when people hear the “how” more than the “what” Life Remodeled is doing, it causes them to think about what they can contribute. I could tell story after story of people that have made incredibly generous donations because they were touched in some special way. Detroit is making an incredible comeback as a city, but everyone knows, at least subconsciously, that downtown’s rebirth is sustainable only if it has strong neighborhoods where people want to live.

DDN: How can people participate in next week’s project?

The best way is to register online. All volunteers will check-in at the former Sears store in Eastland Mall and take a bus about a mile to their worksite. Because of that generosity I talked about, Life Remodeled provides all the necessary tools and equipment, a free lunch, and a Life Remodeled T-shirt to every volunteer.