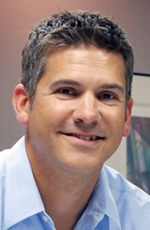 Bryan Krulikowski has been promoted to senior vice president at Morpace Inc., a Farmington Hills based market research and consulting firm. He was previously vice president of Automotive Diversified and Morpace Asia Pacific.

Krulikowski joined Morpace as vice president in 2007 and directed the launch of the Morpace Asia Pacific office. Under his direction, the division has grown more than 50 percent in the past three years.

Krulikowski, of Monroe, will continue his responsibilities in one of the automotive research teams, and continue to grow the Morpace Asia Pacific office. Additionally, he will work collaboratively to expand the company’s syndicated products across a variety of industries.

Krulikowski earned his bachelor of business administration from the University of Michigan — Dearborn.