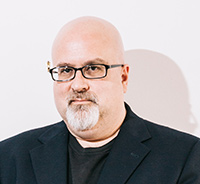 I moved to Detroit in 2002. I landed here when the domestic auto industry was feeling wind at its back. Post 9/11, the Big Three automakers had ridden a moderate wave of “Buy American” sentiment, product was improving, the SUV boom was still flourishing, and high-margin vehicles were zipping off dealer lots. It didn’t seem like such a bad time to arrive. 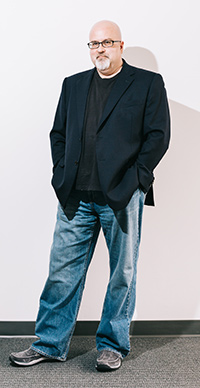 We all know what happened next.

I grew up in Cleveland in the 1970s and ’80s. The ’70s were hard on northeast Ohio: A polluted river, a polluted lake, a declining industrial base, a city in default, “Mistake on the Lake.” By the late ’80s and into the ’90s, things had turned around a bit, image-wise. There was development in the downtown, growth in the Flats, the Rock and Roll Hall of Fame opened, the Indians were competitive again, and the Cleveland Clinic gobbled up the east side.

When you work in advertising, you get to travel around this country. There are client meetings, factory tours, focus groups, TV shoots, and the occasional boondoggle. Of the top 50 metro areas in the U.S., I’ve been to all but eight of them. Even now, running an independent ad agency in Royal Oak, most of our business is outside Michigan, so the majority of people we talk with have never been to Detroit.

But they have opinions. And when you live in a city as much in the news as Detroit — not always for the best reasons — you get to hear those opinions, whether you want to or not.

Having lived three decades in Cleveland and more than a decade in Detroit, I can say there’s an arc in the way people — on the East and West coasts and in the South — feel about things around here. Cleveland’s arc preceded Detroit’s, but they hit a lot of the same beats.

Fear: Outsiders see the city as a dangerous place. When the annual statistics come out on crime and murder, it’s not exactly a tourism ad. It’s the opposite. Even now, when I drive out-of-towners around Detroit, apprehension is often noticeable.

Contempt: They assume a Rust Belt city is all Rust Belt, all the time. A place like Cleveland or Detroit is one big abandoned factory, and there’s a chain link fence around the whole thing with a giant padlock on the fence. They assume it’s bad to live here, that people here are unsophisticated, that we all look with envy on places that aren’t here.

Anger: They think we deserve the troubles we have. Big labor got out of hand. Big business got fat and lazy. The people were too “go along, get along.” And when trouble came around, we were too quick to have our hand out asking for help.

Sympathy: America roots for the underdog, but loves a winner. Troubled cities fall in between. For Cleveland, sympathy was high when the Browns left and later when LeBron James left. For Detroit, sympathy was high when people saw the prospect of once-beloved car brands vanishing. If you were doing consumer research, you’d find a lot of folks across the country rooting for the domestics to bounce back, but not enough that they were the first person on the block with a Buick or a Lincoln.

Curiosity: Outsiders hear enough good news to finally pique their interest. The Rock and Roll Hall of Fame, the return of the Browns, the LeBron eras, and the rise of Iron Chef Michael Symon have given the country a reason to look again at Cleveland. Just as Eminem, Kid Rock, Corktown, Movement, the
Tigers, Midtown, and Shinola give people reasons to look again at Detroit.

Advocacy: Some people visit Cleveland or Detroit (or Pittsburgh or Buffalo or Flint or any of a dozen other cities) and discover it isn’t nearly as awful as they thought. In fact, it’s pretty good, with downtowns worth exploring, real cultural assets, swanky suburbs, national-caliber restaurants, vibrant music scenes, and good shopping. It makes them feel like they know something other folks don’t know yet. They start bragging on us.

And that’s when cities like Cleveland and Detroit start talking about comebacks.

Mind you, a share of that advocacy is a consequence of low expectations. But the greater share is the progress Rust Belt cities have made these past 20 years reinventing themselves. I’ve been in Detroit for 12 years, but it seems to me that Detroit — city and metro — has more bragging rights today than it has in decades. Reinvention isn’t finished, but it’s happening. And it’s exciting to be a part of it.

Here’s the bottom line: No city in America is as bad as its worst headlines or as good as the slogans of its civic boosters. When you live in a Cleveland or a Detroit, it’s easy to be angry about a bad rap. But no bad rap has to last forever. db