Anyone who has tried to take a photo of a vehicle outdoors (or even indoors) knows that reflections, angles, and distances play a symbiotic role in ensuring a car or truck comes out picture-perfect. They also know that getting the right shot can take hours of setup time.

That’s fine for automakers, who either have photographers on staff to take photos of a new crossover or an SUV, or can turn to their ad agency. The used-car market, however, is different. Auction houses and used-car dealers typically don’t have the resources to take professional photos, and often have to hire specialists.

With online sales of used vehicles expanding rapidly in recent years, the need to automate the photo-taking process arose quickly.

Enter Davo Scheich, founder of Ovad Custom Stages in Clawson, who for more than 30 years has taken and produced film and digital images of new and used vehicles for a range of automotive clients. In 2015, Scheich got an unusual request from Carvana, a popular online used-car website.

Carvana personnel had tried to take photos of the used cars they had just acquired in preparation for posting them online for sale, but ran into difficulty. The problem was the photos were often substandard, either washed out by bright sunlight or appearing too dark in cloudy weather. The company tried other options, like a specially designed tent in which they could take the photographs, with mixed results.

“After Carvana explained their problem, I built an interior booth made of wood wrapped (with white) canvas,” Scheich says of his dome-like structure. “It has a door where you can drive a vehicle through onto a turntable. Then I equipped it with all the right lighting and cameras, so anyone with some basic computer skills could take multiple photos that, when joined together, can spin on a website when you click on the image with your mouse or touch it with your finger.”

The dome worked out well, and Carvana and other customers began ordering the booths for their facilities worldwide. That lasted for a time, until Carvana recently came back with another challenge. The company was now buying as many as 300 used vehicles a day in any given market, and sending the vehicles one by one through the dome was proving to be too time-consuming.

After studying the problem, Scheich hit upon the idea of building what he calls a “photo tunnel” — essentially a car wash without all the cleaning equipment. Made out of the same wood and fabric used on the domes, the interior of the tunnel is equipped with multiple lights and cameras, all controlled by computers.

“At first we were able to solve Carvana’s problem, and after they cleaned and detailed a car, they would send it through the photo tunnel,” Scheich says. “But the more they studied the entire process, they learned they could do things more quickly if they cleaned all the cars first and then, at the end of the day, drove the cars through the tunnel in rapid succession.” 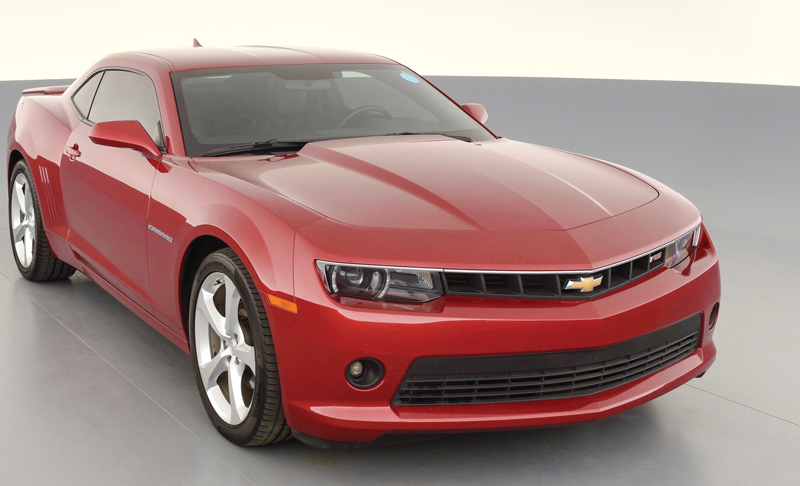 Scheich also figured out how to keep the drivers from appearing in the photos.

“We positioned the cameras at certain angles, so when a vehicle is in the tunnel we take the back of the car after it passes by,” he says. “That way, all you really see is the back of the front seat.”

“From there, once the booth is up, we fly in and install the equipment, and then the local staff runs the operation,” says Scheich. “All the lighting is diffused, so the photos look like they were taken at sunset, which is the best light of the day. Now we’re looking to expand our reach into the food and fashion industries, and wherever else our products would prove useful.”