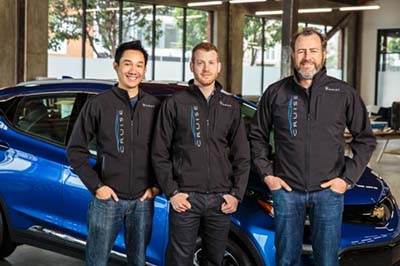 General Motors Co. today announced it will acquire Cruise Automation, a San Francisco-based startup that develops autonomous vehicle technologies, as the automaker continues to work to position itself as a mobility company. Terms of the deal were not disclosed.

“Cruise provides our company with a unique technology advantage that is unmatched in our industry,” says Mark Reuss, executive vice president of global product development, purchasing, and supply chain at GM. “We intend to invest significantly to further grow the talent base and capabilities already established by the Cruise team.”

Reuss says Cruise will operate as an independent unit within GM’s recently formed Autonomous Vehicle Development Team led by Doug Parks, vice president of autonomous technology and vehicle execution at GM. The company will continue to be based in San Francisco.

“GM’s commitment to autonomous vehicles is inspiring, deliberate, and completely in line with our vision to make transportation safer and more accessible,” says Kyle Vogt, founder and CEO of Cruise Automation. “We … believe this is a ground-breaking and necessary step toward rapidly commercializing autonomous vehicle technology.”

Reuss says the acquisition, expected to close in the second quarter of 2016, is the latest move by GM to further develop its autonomous and mobility driving technologies. In 2016, GM has partnered with Lyft, a ride-sharing company, and formed Maven, its personal mobility brand for car-sharing fleets in many U.S. cities. Maven launched in Ann Arbor last month.

GM recognized 110 of its best suppliers from 17 countries who have consistently exceeded GM’s expectations, created outstanding value, or brought new innovations to the company. This is the 11th time Valeo has received the award.