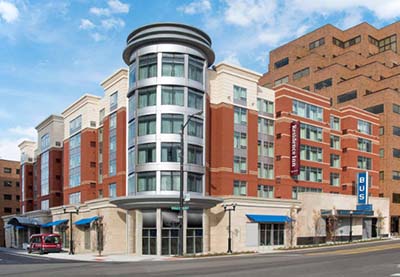 Zingerman’s, Ann Arbor’s famed deli, will invest more than $1 million to renovate and open an event space, called The Greyline, on the first floor of the new Residence Inn by Marriott in downtown Ann Arbor, with an anticipated opening date in late July.

Grace Singleton, a managing partner of Zingerman’s Deli, says the 6,000-square-foot space on the main floor of the hotel will be remodeled in an art deco style and offer space to accommodate 150 guests for events such as weddings, rehearsal dinners, private parties, corporate trainings, among others.

The Greyline is named after the building’s former tenant, the Ann Arbor Bus Depot. The six-floor, 110-room Residence Inn, located at 120 W. Huron St., on the corner of West Huron and North Ashley, opened last October.

Zingerman’s other establishments include a bakery, a sit-down restaurant featuring American comfort food, a creamery, and a farm, among others.