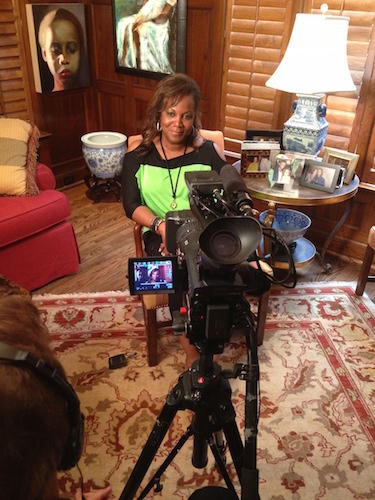 The Embrace of Aging: The Female Perspective of Growing Old, a 13-part documentary series created by Keith Famie, executive producer and owner of Wixom-based Visionalist Entertainment Productions, will broadcast this winter on PBS stations across the nation.

The Emmy award-winning series, which first aired on Detroit Public Television in October 2014, following The Embrace of Aging: The Male Perspective, profiles the lives of a variety of women from around the world and their perspective and experience with growing older.

“One of the reasons it has the ability to be launched nationally is it features professionals from all over,” Famie says. “We went from one side of the world to the other to tell the story on women aging, (and covered) everything from physical to mental, to spiritual to activity, and why girlfriends are important.”

He says the station is expecting over 50 percent coverage nationwide of the series, which entails thousands of airings.

In October, Famie also will debut an eight-part series throughout Michigan called The Embrace of Dying: How We Deal With the End of Life, which will feature topics such as the day in the life of a mortuary scientist, the history of hospice, Jack Kevorkian and right to die issues, and where people go when they die.

“I think there’s a general curiosity for what happens when we die (and) where we go, but I think what’s important about that film and that series is it creates a dialogue within families,” Famie says. “In America, we don’t really talk about end of life issues enough.”

Other documentary projects of Famie’s include Death is Not the Answer, a film set to air this November throughout Michigan that covers depression and suicide in America, and Enlisted, set to air in 2017, that will cover the experiences and issues military personnel and veterans face.

Famie, of Novi, is also well-known for Maire’s Journey, a documentary that tells the story of Maire Kent, who died of sarcoma cancer at age 24 and requested her ashes be sent to sea. A winner of 11 Emmy awards, Famie continues to produce films about history and ancestry as well as documentaries.