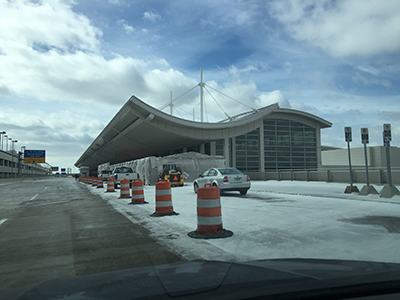 Detroit Metropolitan Airport in Romulus plans to offer travelers with disabilities the option to be picked up or dropped off at newly designated locations that are closer to terminal entrances.

“We expect to offer these additional accommodations in mid-March after dialogue with regulatory officials, members of the disability community, and ground transportation operators,” says Thomas Naughton, CEO of the Airport Authority, the group that operates the airport.

Naughton says the proposed accommodations would allow travelers with disabilities using any type of commercial transportation to be dropped off at a new location closer to the terminal, or they could continue using the current locations in the McNamara and North Terminals’ Ground Transportation Centers.

Naughton says at McNamara Terminal, the new accommodations would allow customers with disabilities to be picked up at an area of the Ground Transportation Center that opens directly into the enclosed area, and dropped off at the McNamara Terminal Departures Level curb, just outside of ticketing and passenger screening.

Detroit Metropolitan Airport offers service from 13 passenger airlines, and has more than 1,100 flights per day to and from more than 140 non-stop destinations.