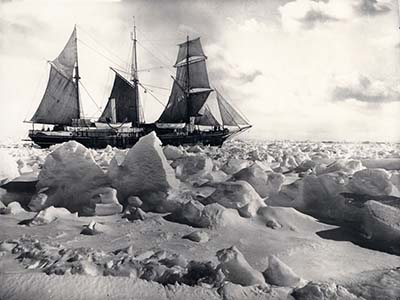 Ron Kagan, executive director and CEO of the Detroit Zoological Society, says Sir Ernest Shackleton Endurance Expedition 1914-1917: Triumph Against All Odds offers a look at the explorer’s 18-month struggle to keep his crew safe after their ship, Endurance, was crushed in ice in Antarctica’s Weddell Sea. The exhibition features 150 photographs taken by Frank Hurley, a member of the ship’s crew.

“This … collection of images, film, and artifacts is a testament to the heroism, leadership, and human endurance of Sir Ernest Shackleton,” Kagan says.

Kagan says Shackleton’s crossing of the Drake Passage inspired many design elements of the Polk Penguin Conservation Center, including the exterior, which resembles an iceberg with a crevasse and waterfall. The center will offer a 360-degree, 4-D visitor experience, including arctic blasts, waves, and snow. He says the penguin center will have a video feature depicting iceberg calving (where icebergs split, sending cascades of ice crashing into the sea). 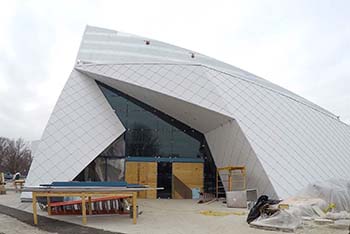 The Polk Penguin Conservation Center, scheduled to open April 18, will be the new home to the Detroit Zoo’s 83 king, rockhopper, macaroni, and gentoo penguins. It will have a 326,000-gallon, 25-foot-deep aquatic area where visitors can watch the birds deep-dive.

The Shackleton exhibit will be on display at the Wildlife Interpretive Gallery through Sept. 7 and is free with zoo admission.â€‹