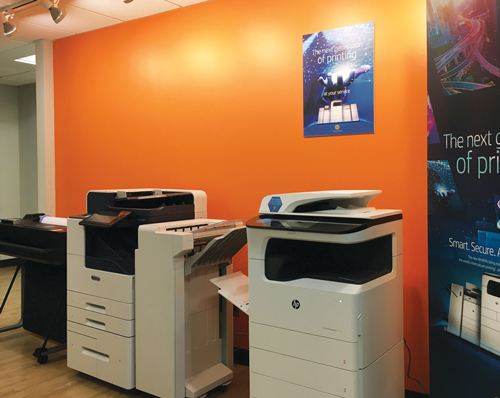 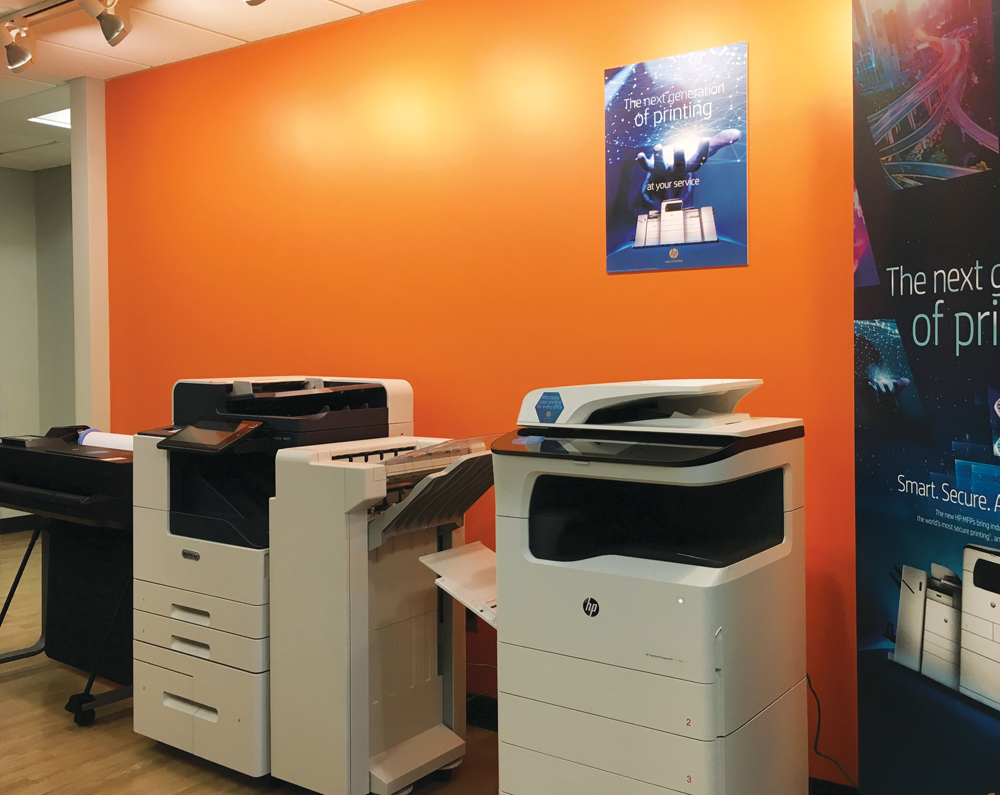 As a successful small business, imageOne in Oak Park is drawing national attention.

While Oak Park-based imageOne employs less than 60 people, it’s been recognized as a giant in the business world. The enterprise, which partners with companies and helps them optimize their printing operations, was recently named one of Forbes magazine’s “Small Giants.”

The list, which is made up of 25 businesses from around the country, recognizes America’s best small firms that “have sound models, strong balance sheets, and steady profits.” All of the honorees are privately owned. “It makes us feel like we’re doing something right,” says Rob Dube, co-owner with Joel Perlman of imageOne.

The pair launched imageOne in 1991, but that wasn’t their first venture together. Friends since grade school, Dube and Perlman, as high school freshmen, started a business selling Blow Pops out of their lockers.

“We like to say we went from Blow Pops to Forbes’ Small Giants,” Dube says. “It was a nice little business we had. We had a good product, and we offered great service. We were kids, but that stuck with us. If you treat your customers right, they’ll keep coming back. It’s one thing to say that, but when you see it happening, it sticks with you.”

In addition to being profitable, Forbes also looks for its Small Giants to have a culture that encourages greatness, even if the methods are unconventional. “Culture was extremely important to us when we started,” Dube says. “We felt like one of the big keys to success was putting trust in our team.”

So Dube and Pearlman did something kind of radical. After drawing inspiration from Jack Stack’s book, The Great Game of Business, which implores company leaders to share financials with team members, the owners opened their books to the workforce, allowing employees to see where money was being spent. It’s a move Dube says led to increased sales and several employee-led cost-cutting initiatives.

“One of our main values is openness,” Dube says. “We want to be open with our employees. We want complete transparency. Anyone can have a good idea; they don’t just come from the top. We wanted to make sure we were creating an environment where those ideas could have a voice.

“When you give the team members the tools and the education to make great decisions, they will — because they want to. They want to have purpose. They want to do good.”

The company’s success isn’t relegated just to the Small Giants list — it made Inc. magazine’s “5,000 Fastest Growing Private Companies in America” (six times), was named a National Best and Brightest Company to Work For by the National Association of Business Resources (five times), and was designated a 2017 Positive Workplace by the University of Michigan’s Stephen M. Ross School of Business.

Most striking, though, is the company’s annual revenue, which topped $15 million in 2016. “What we’re doing right now is working,” Dube says, “so we’re going to keep doing it.”