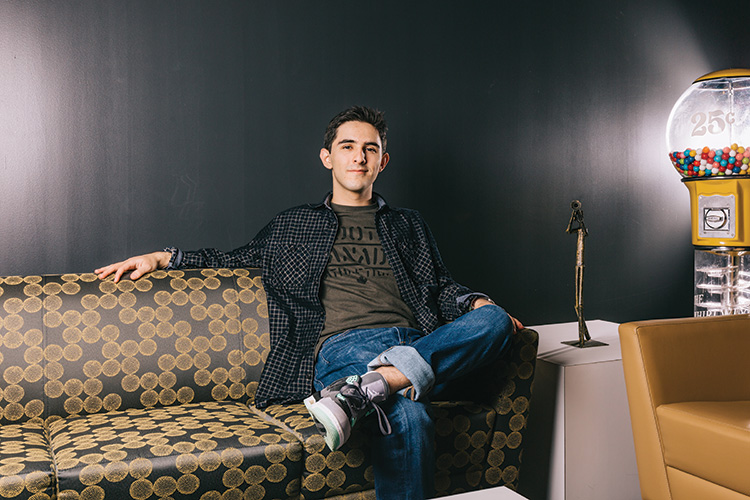 >>  high school 101 Jonah Erlich, founder of High School 101 in Detroit, says going forward, the most important attribute of the company “is that decisions are made by a high school student, because the landscape is always changing.”

Entrepreneur Jonah Erlich may have just officially entered adulthood, but he already has a succession plan in place for his company… — …High School 101, a novel tutoring program for students, by students, focused on study skills.

Erlich thought of the idea for the company as a high school sophomore, when he saw his younger sister struggling to prepare for her exams.

“I decided to sit down with her, and I taught her all the skills I had developed over the past few years,” Erlich says. “Not only did she do well on the exam, but her anxiety was much lower because she felt confident. After that, I thought, ‘Maybe I can help students at my school.’ ”

Erlich, 18, who recently graduated from the Frankel Jewish Academy in West Bloomfield Township, has been named Young CEO of the Year for 2016 by DBusiness magazine, based on reader nominations.

High School 101, based in Detroit, officially got its start when Erlich offered an after-school class to teach his peers study skills that would help them prepare for final exams. After receiving positive feedback from students, parents, and administrators, he realized he had a valuable idea — students teaching other students organization, studying, and motivation skills.

Erlich created a website, instructional videos, and an ambassador program, which offers interested students an opportunity to teach High School 101’s curriculum to other students in their area. The company now has 30 ambassadors in locations such as California, New York, Brussels and Singapore.

High School 101, which had its largest seminar to date earlier this year with 80 students at Berkley High School, is in the process of figuring out how to monetize its offerings (Erlich is
considering switching the company to a nonprofit) and transitioning the company to a new president before Erlich moves on to the University of Michigan in the fall.

“The entire idea and the value behind the company is that it’s a student-led organization with students teaching the entire thing,” says Erlich, who will continue on with High School 101 in an advisory role