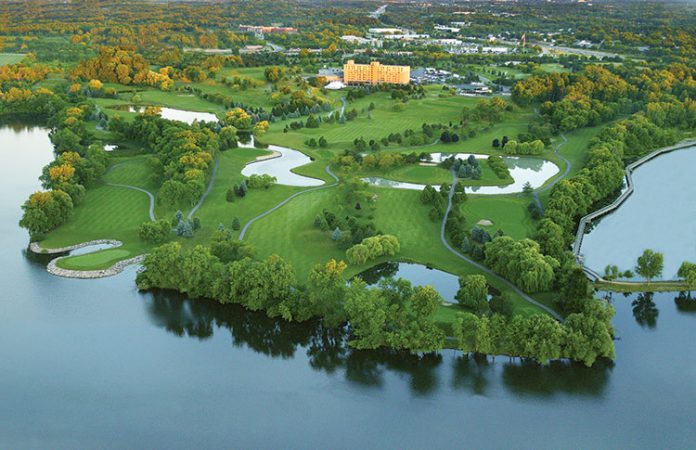 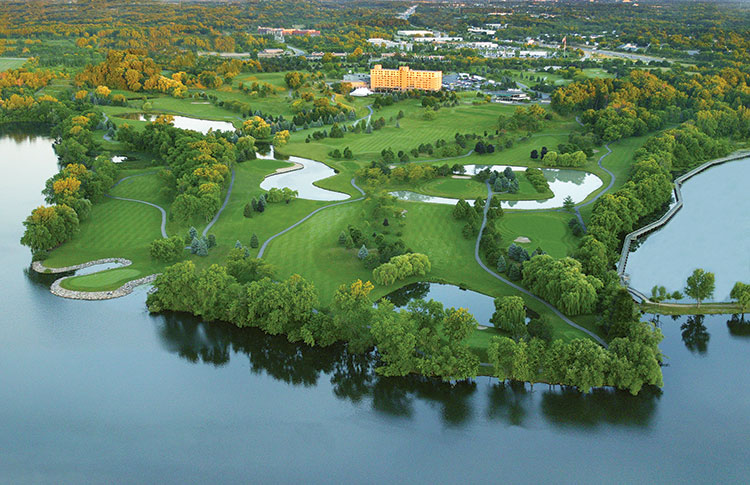 When the Eastern Michigan University Board of Regents decided to upgrade and modernize the college’s 25-year-old Eagle Crest Golf Club, part of the Ann Arbor Marriott Ypsilanti resort hotel complex, they decided the work should proceed under the golf industry radar.

“Instead of shutting down the golf course and blowing it up, we’re doing it in five phases,” says Wes Blevins, director of golf at Eagle Crest, a long-popular destination for corporate outings and charity scrambles. “So far we’ve done two massive phases. All the construction work is being done in the fall, after the course closes.”

One objective is to stretch the course to 7,000 yards, making it eligible for collegiate competition. Although it is the home course of the EMU men’s and women’s golf teams, it was considered too short, at 6,700 yards, for varsity play. For instance, prior to the improvements the first hole was relatively short, at 330 yards, and it’s now a full-sized 440-yard, par-4 hole.

“We cleared out about 100 trees and brought in 2,000 cubic yards of fill, and created a brand-new tee square box structure for the blue and green tees,” Blevins says of the construction work.

Although the course plays off a hill overlooking Ford Lake, with several holes bordering the shoreline, the striking view of the water had been obscured by randomly planted trees.

Overall, more than 250 trees have been removed from the shoreline. Part of the tree removal was funded by a fortuitous disaster in 2011 involving pine trees on the property that died after they were sprayed with a chemical developed by DuPont Co. To settle a national class action lawsuit, DuPont paid out hundreds of millions of dollars to golf courses, including $165,000 to Eagle Crest.

The upgrades on the course have resulted in price increases. Green fees have gone from $22 to $40, while the number of golf leagues was cut from 18 to nine.

“We’re getting a better price per round with lower rounds, which leads to better course conditions that are more in tune with a resort than a public course,” Blevins says. “Less play also means less expenses for maintenance.

“So far we’ve put about $650,000 into the golf course, and our long-term plan will exceed $1 million. We’ll have a destination resort that people will fly into, and they’ll stay at the hotel. Companies can have their meetings at the Corporate Education Center, stay at the hotel, and have golf outings here.”