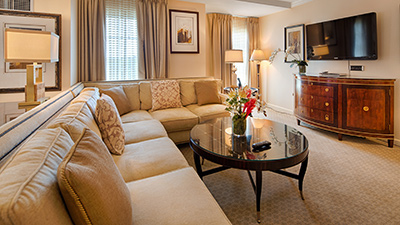 The Townsend Hotel, an award winning and luxury hotel in Birmingham, is unveiling plans for the final phase of its ongoing modern luxury makeover, which began in 2012.

On Friday, the hotel will close its long-running local nightlife hot spot, The Corner. The 2,000-square-foot space will be redesigned for use as an intimate group dining and private meeting room, available by reservation, allowing The Townsend’s award-winning restaurant, Rugby Grille, to service more group and private meeting dining experiences.

“Saying goodbye to The Corner is bittersweet,” says Steven Kalczynski, managing director of The Townsend Hotel. “But we’re also so thrilled with the potential of repurposing the space to offer an exclusive private dining and meeting room for our Rugby Grille and Townsend guests.”

The following year, The Townsend embarked on its two-year (2014-2016) initiative to refresh all 150 of its luxury guestrooms, including the extensive remodelling of its nine penthouses and specialty suites. Additionally, the in-room technology received an upgrade, with new 40 inch televisions, telephones, radios, tabletop power sources, in-room entertainment systems and a wireless bedside controller, which manages the room’s lighting and heating/cooling systems.  Also, new in-room amenities including luxury linens.

The Townsend’s meeting facilities and public areas also were renovated.