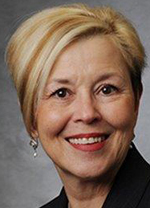 Roman’s appointment, which takes immediate effect, follows the departure from Highland Lakes of Gordon May to assume the full-time presidency of the Auburn Hills Campus. Filling in for Roman as interim dean of  nursing will be Associate Dean Lori Przymusinski.

Roman, of Milford, received both her Ph.D. in higher education and her master’s in nursing from Wayne State University. She earned her bachelor’s of science in nursing from Mercy College in Detroit, and holds registered nurse licenses in Michigan and Arizona. She is also certified by the National League for Nursing as a nurse educator.