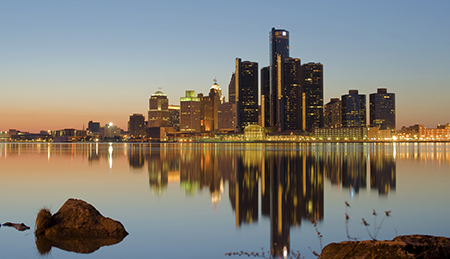 WARREN — MSX International is relocating its global headquarters to One Detroit Center, situated in the heart of downtown Detroit’s growing economic sector. The new office supports the company’s growth and will allow it to better serve and expand its robust client base.

“We are thrilled to be relocating to Detroit during such an exciting time of growth and opportunity in the city.” said Fred Minturn, president and CEO, MSXI. “Our company is passionately committed to supporting community development, and having an office at One Detroit Center allows MSXI to positively contribute to the dynamic transformation of Detroit, while meeting our clients’ growing needs.”

MSXI will maintain its facility in Warren, where approximately 300 employees currently work. The MSXI executive team plans to move to the new location during the fourth quarter of 2013.

MSXI has expanded its presence throughout the world since 2010 with new offices in China, India, Hungary, South Africa, and the Czech Republic to support revenue growth of 60 percent, reflecting new business with virtually all of the global automotive manufacturers and important new customers in a variety of industries.

In addition to its expansion in Michigan, the company also has opened a new facility in Bangkok, Thailand, to further support its customers in Asia. Xavier Vandame, managing director of Asia-Pacific operations, will lead the MSXI Thailand team. The new location in Thailand further extends the company’s strong global breadth and positions it for future growth around the world.

“The relocation of MSXI’s headquarters to Detroit is a testament of its commitment to the city’s future and the latest example of how business leaders are driving the turnaround of Detroit and Michigan,” said Doug Rothwell, president and CEO of Business Leaders for Michigan.

“Business Leaders for Michigan has made redeveloping our cities, especially Detroit, a top priority and applaud MSXI for helping advance this work.”