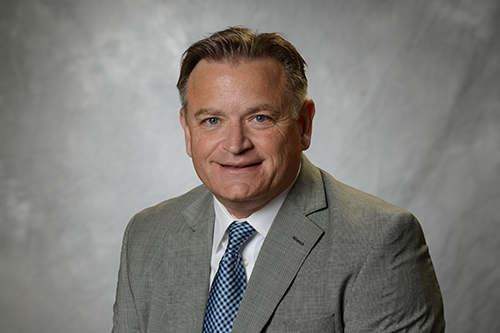 Russ Russell has been named chief development officer for South Oakland Shelter, a Lathrup Village-based nonprofit providing emergency shelter, housing, follow-up care, and more to those in crisis. He will begin his new role Aug. 27.

“I’m excited and honored to join South Oakland Shelter and support its vision of helping end homelessness for those in need throughout metro Detroit,” says Russell. “The SOS team’s energy and can-do spirit is everything I am about.”

Russell will direct communications and marketing, and manage events and operations and resources for fundraising, corporate giving, and development.

“We are thrilled to welcome Russ to our leadership team. He has been a transformative force for several Detroit-area nonprofits and has a passion for serving people in need,” says Ryan Hertz, president and CEO of South Oakland Shelter. “Russ is not afraid to set and go after game-changing funding goals. We can’t wait to see him apply his background and experience toward our mission of serving the most vulnerable members of our community.”

Russell has more than 35 years of experience with nonprofit organizations. He previously served as chief advancement officer for the Detroit Police Athletic League (PAL), where he helped raise $20 million to redevelop the former Tiger Stadium site as a new sports complex and PAL headquarters. While he was there, the organization grew from 11,000 youth participants in 2014 to almost 15,000 in 2017.

“Detroit PAL is thankful for Russ’s years of service and leadership,” says Tim Richey, Detroit PAL CEO. “We understand and support his decision to step away to pursue other goals, and we are grateful for his many accomplishments with our organization. We wish him the very best, and I am confident in our existing team to pick up the ball and continue our mission to build character in the young people of Detroit through our athletic, academic, and leadership development programs.”

Russell was previously chief development officer of Forgotten Harvest. Under his leadership, the organization cultivated more than 90,000 new donors in less than three years and grew its annual operating budget from $3 million to $9 million. He was also vice president of development, public relations, and marketing for Goodwill Industries of Greater Detroit. Russell worked with the Salvation Army in Phoenix, Philadelphia, and Detroit.

He earned his bachelor’s degree in business administration and education at Mid America Nazarene University. Organizations he volunteers with are Metro Detroit Youth Day, Uniting Detroit, Healthshare Global, and the Chandler Park Conservancy.