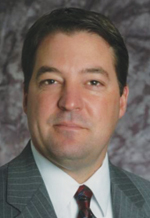 Trombley will be responsible for all sales, marketing, finance, production, and traffic operations for 18 designated market areas including Chicago, Boston, Detroit, and the Twin Cities. His division spans more than 11 million homes through Comcast subscribers and affiliate partnerships. He joined Comcast Spotlight in 2001.

Prior to joining Comcast, Roland spent 16 years in broadcast with Viacom. Under his leadership, the first ever duopoly was launched with stations WKBD/UPN50 and WWJ CBS 62.

The industry has evolved significantly during his long tenure in the business. In the time he has been at Comcast, his division has grown from 24 insertable networks to nearly 50 and the Internet and interactive television have been introduced. He received his BAA in broadcast and marketing from Central Michigan University.

Trombley is on the board of the Michigan Parade Foundation and supports the Humane Society. He also has been active in missionary work  in Peru, South America.