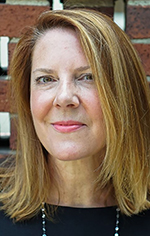 Michelle Perron and Christina DeRoos have both been named directors of different branches at the College of Creative Studies, a nonprofit private college based in Midtown Detroit.

Michelle Perron has been named director of the College of Creative Studies’ new office of exhibitions and public programs, created to provide the college with on and off-campus exhibitions. Perron will coordinate the exhibitions, manage the woodward lecture series-the campus visiting arts program-and coordinate providing professional development activities and educational programming for students and the public. She has been involved with the school’s Kresge Arts in Detroit program, a foundation administered by the college supporting local artists, for eight years since its inception.

She will now step down from her role of director at the school’s Kresge Arts in Detroit program, and assume the role of founding director. Previously director of center galleries at the college, she also currated exhibitions and hosted lectures. Perron, of Birmingham, studied art history at Ohio Wesleyan University and Wayne State University. 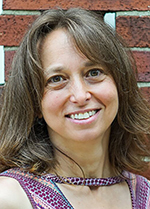 Christina DeRoos has been named the director of Kresge Arts in Detroit program, where she will manage the program and work on its strategical planning efforts. DeRoos has been promoted from the position of deputy director, which she held for three years. She is a curator and arts organizer from New York who co-founded Bushwick Open Studios, which hosts events for studios in Bushwick, as well as Arts in Bushwick, a nonprofit organization in Bushwick. She was also managing director of Chez Bushwick, a Brooklyn-based nonprofit promoting performance arts. DeRoos, of Detroit, earned a Bachelor of Arts in political science from the University of Colorado and a juris doctor from the University of Washington.