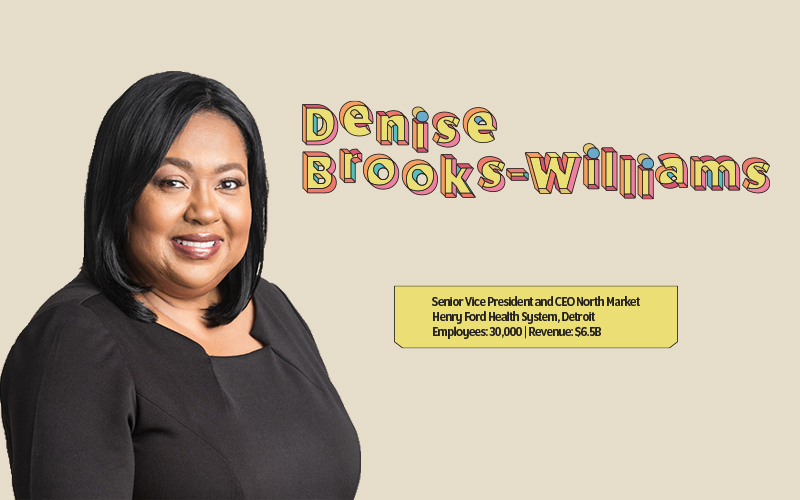 For Denise Brooks-Williams and other hospital executives throughout the world, the most serious health crisis in 100 years created unprecedented challenges as the COVID-19 pandemic exposed disparities and the fragility of health care systems that required strong leadership to navigate through uncharted waters. With nearly 30 years of experience as a hospital administration leader, Brooks-Williams, senior vice president and CEO of Henry Ford Health System’s North Market, proved up to the task.

“So many people were counting on us as leaders to make sure our clinical teams had personal protection equipment and policies that supported a safe environment. I’m so proud of how they did such a heroic job in caring for our community,” says Brooks-Williams, who personally spent hundreds of hours meeting with staff, patients, and families throughout the crisis.

Prior to her current position, the native Detroiter — who graduated from Cass Tech High School and the University of Michigan, where she received her bachelor’s degree and master’s degree in health services administration — served as president and CEO of Henry Ford Wyandotte Hospital. Before taking that position in 2013, she was president and CEO at Bronson Healthcare in Battle Creek, and she previously held leadership positions at St. Joseph Mercy Oakland.

Brooks-Williams says major developments that arose from the pandemic included the significant increase in telehealth medicine and the exposure of the disparity in health care for minorities.

“Telehealth will remain with us, as demand for it has created more access, particularly for those who previously may not have been comfortable with it, while the disparity in health care for minorities that has always been there was highlighted and exacerbated by the pandemic,” says Brooks-Williams, who, during the height of the health crisis, was appointed to the Racial Disparities Task Force for COVID-19 by Gov. Gretchen Whitmer.

While noting there is more heightened awareness of the problem, she reports action is taking place. “Our task force has advanced the idea and implementation of unconscious bias training at hospitals,” says Brooks-Williams, who continues to champion social justice initiatives in the hospital system. 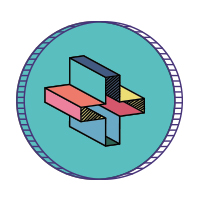 “At Henry Ford, we’ve had a really strong diversity, equity, and inclusion agenda, but now we’ve added justice, in light of the unrest surrounding police brutality, because that’s also a public health issue in terms of preventable death,” she explains.

When asked what makes an effective health care leader, Brooks-Williams
says the key to her accomplishments comes from developing strong relationships with her staff. “Throughout my career, I’ve worked closely in developing partnerships with physicians and the clinical care team members,” says Brooks-Williams, who was named one of the Top 25 Minority Executives in Health Care by Modern Healthcare magazine. “Being a resource and a partner is critically important because I have to understand (others’) needs and what environment they need in order for us to deliver care safely to the community we’re serving.”

For years, Brooks-Williams has actively participated in community, charitable, and professional organizations, both locally and nationally. She is a board member at Authority Health, New Detroit, Big Brothers and Big Sisters of America, the Music Hall Center for the Performing Arts, and Friends of African and African American Art through the Detroit Institute of Arts.

She previously served as the president of the National Association of Health Services Executives, one of the premier minority health professional organizations in the United States. The executive also found that being a mentor to others entering the health care administration field has been particularly rewarding.

“I’m blessed to be in the role I’m in as a Black woman, and I believe I have an obligation to mentor, support, and bring others into the profession,” she says. “There are a lot of dynamic Black health care leaders, but some don’t get there without significant bumps in the road. I’ve been fortunate that I’ve had great mentors throughout my career.”

What advice does she have for young women entering the business world?

“You have to believe that you can do whatever role you choose to be in, and it’s important to have mentors and sponsors, and to stay engaged with them,” she says. “Also, if you desire to be an executive and raise a family, don’t be intimidated by what you think it might mean for career development, because you can make it work. The pandemic has reinforced, for all of us — including employers — that life is precious and very short, and we need to live our lives more fully and in a balanced way.”