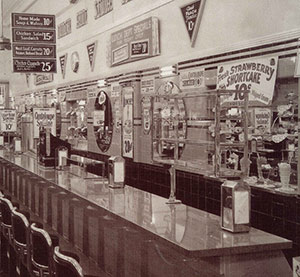 On July 31, 1957, company officials at S.S. Kresge Co. traveled from Detroit to Mountainhome, Pa., to celebrate their founder’s 90th birthday at his 26-acre farm, where he lived with his third wife. Sebastian Spering Kresge, who was worth $200 million at the time, was famous for thrift, once saying, “I’ve never spent more than 30 cents a day for lunch in my life, and it hasn’t killed me.” 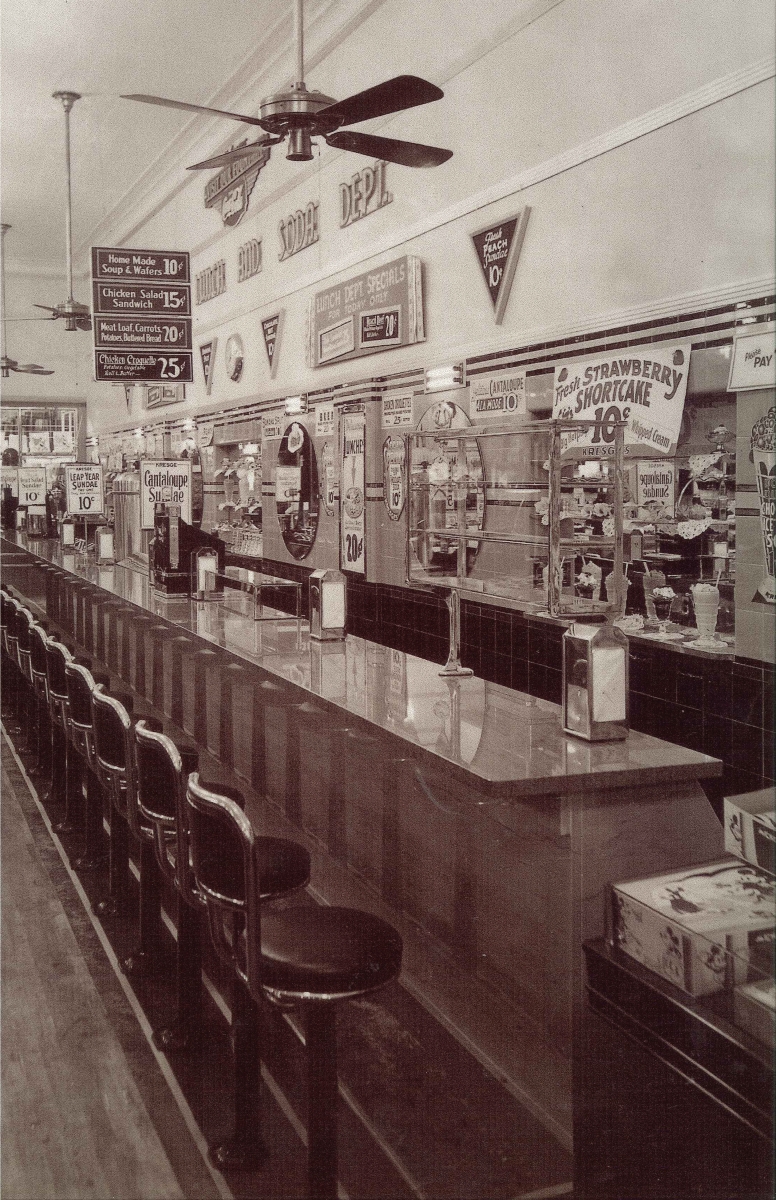 Born near Scranton, Pa. in 1867, Kresge started out selling tinware throughout the Northeast. He said tough times taught him “what a bedrock business is.” He saved up $8,000 and went to Memphis, Tenn., in 1897, where he opened a store with John G. McCrory. They soon added another, this one on Woodward Avenue, between State and Grand River, in downtown Detroit. Kresge settled here in 1899, having worked out a deal for sole ownership. Following F.W. Woolworth’s successful business model, he declared merchandise would include “Nothing over 10 cents!”

To establish himself, Kresge partnered with a brother-in-law, whom he would eventually buy out. They quickly expanded to Port Huron, Pontiac, and Toledo. A Kresge store would ultimately display up to 15,000 items on open counters for the customers’ examination.

Given the times, the large inventory was a logistical nightmare, but the formula worked. On its way to building America’s second-largest variety chain, S.S. Kresge Co. had 85 stores and sales of $10.3 million by 1912 (about $250 million today), when it incorporated in Delaware for $7 million. That same year, employees moved into a new headquarters — an Albert Kahn-designed, 18-story structure, the Kales Building — overlooking Grand Circus Park. The company reincorporated in Michigan four years later, for $12 million, and went public in 1918. Eventually, Kahn designed an even more spacious headquarters at 2727 Second Ave., facing Cass Park.

In the 1920s, a further refinement established “green-front stores,” with items priced between 25 cents and $1, to distinguish themselves from “red-front” five-and-dimes. Despite national controversy about chains accused of selling shoddy merchandise, the company’s growth continued. Specialty suppliers were cultivated, and Mount Clemens Pottery Co. was acquired to provide more than 1 million pieces of dinnerware weekly. Workshops as far away as Colombia and Germany fashioned Christmas items: felt elves and mice for table decorations, clowns in yuletide costumes to adorn packages, hand-painted glass ornaments for Christmas trees, and even a crepe-paper Santa table cloth — all of which can now be purchased on eBay.

Kresge himself left as president in 1924, although he would remain as board chairman for decades to come. The year 1924 was important for two more reasons. First, Anna, Kresge’s wife of 27 years, divorced him, charging “frugality and humiliation.” The divorce settlement gave her their house at 70 W. Boston Boulevard and $10 million. (Kresge’s second divorce, from a New York socialite, followed in three years.) In addition, the Kresge Foundation was established with an initial gift of $1.3 million, along with securities valued at $65 million. 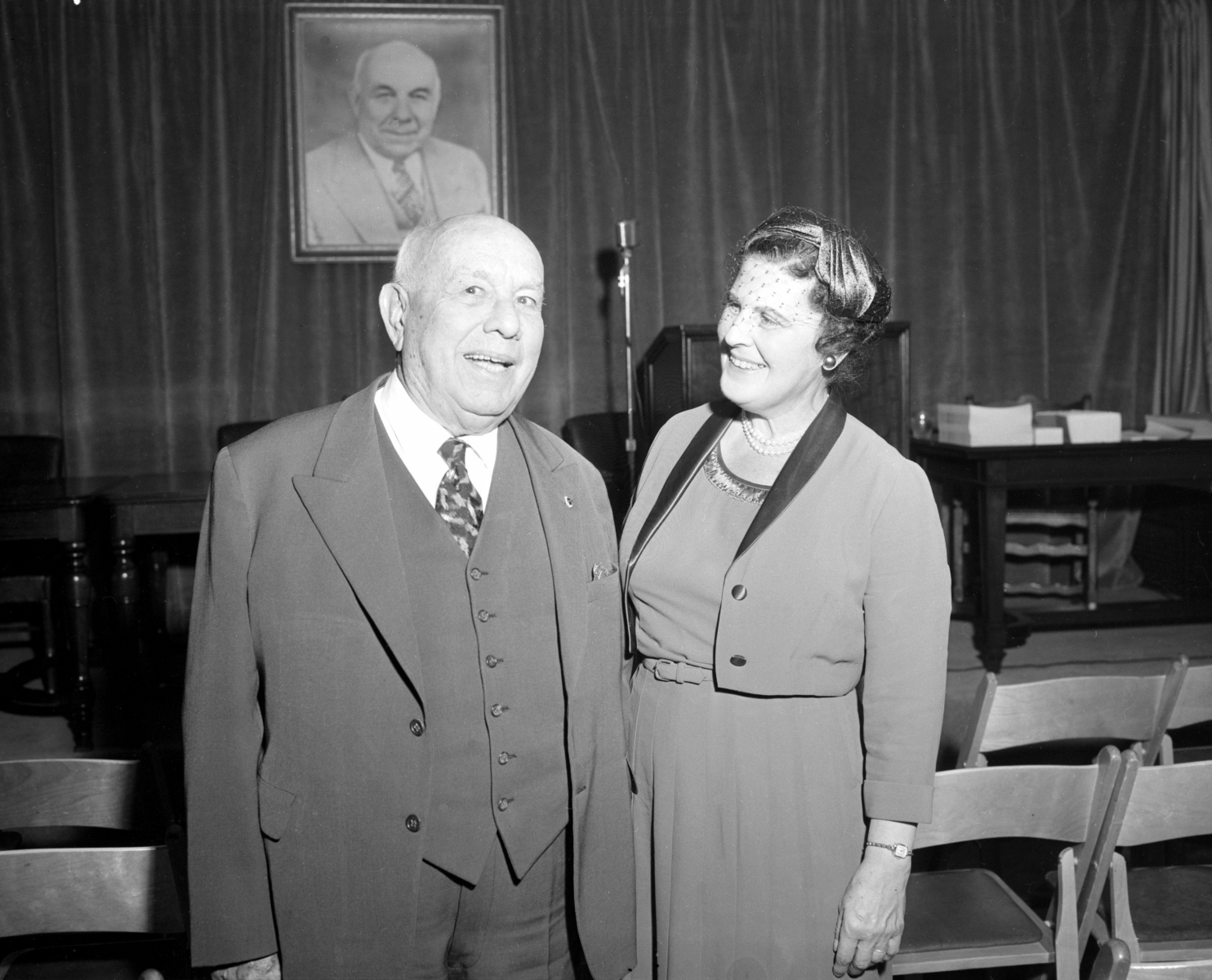 Tax-avoidance “was not a compelling motive for large-scale philanthropy,” son Stanley Kresge would later write in tribute. Michiganders know of the many Kresge museum and university buildings, but the foundation distributed gifts coast to coast, from Stanford to Harvard. Asked to speak at the latter’s business school as Kresge Hall was dedicated in 1953, the old man, now in his mid-80s, said, “I never made a dime talking,” and sat back down.

When Kresge died in 1966 at age 99, the company’s 930 stores included nearly 130 Kmart locations, introduced four years earlier in Garden City — but the original dime stores had been closing for 10 years. “People just aren’t shopping downtown anymore,” a spokeswoman told the Citizen Patriot in Jackson when the city’s Kresge store bid farewell on Christmas Eve in 1974.  The company changed its name to Kmart Corp. in 1977; two years after the retailer filed for bankruptcy in 2002, the enterprise purchased Sears, assumed the name Sears Holdings Corp., and moved the headquarters from Troy to Hoffman Estates, Ill. While a relatively new crop of dollar stores fill Kresge’s original niche, they don’t offer the same appeal and character that once charmed generations of downtown shoppers. db