Between diners, Coney islands, and fast-casual favorites, hungry Michiganders face no shortage of options when it comes to familiar, affordable eats. Kieth Sirois, CEO of Big Boy Restaurants International in Warren, thinks it’s a combination of nostalgia, handcrafted recipes, and their special sauce that has kept customers coming back to the old-fashioned diner for more than eight decades.

Founded in 1936 in Glendale, Calif. by Bob Wian, Big Boy had 1,000 individual locations nationwide at its peak in the 1960s. As traditional diners faced more competition and fell out of favor, customers flocked to glitzier establishments, and the number of locations fell. Today, Big Boy has around 90 individual restaurants.

After being acquired by Marriott Corp. in 1967, followed by a Michigan franchisee headed up by Fred, John, and Louis Elias (aka Elias Brothers), the company was moved to Warren. Over time, the business faltered, and it entered bankruptcy in 2000. The chain was sold to Robert Liggett Jr., who maintains ownership today and serves as chairman. 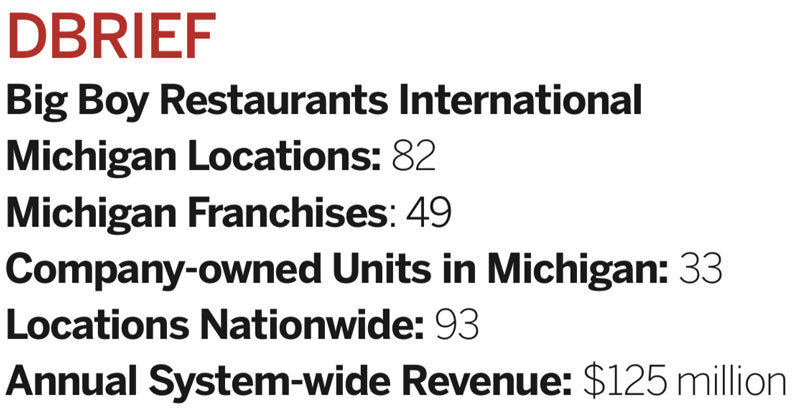 While Big Boy’s menu has evolved since Bob Wian served his first burger, Sirois says the company’s commitment to locally sourced and freshly prepared food is a crucial aspect of the brand’s success. All of the meat, fresh produce, and bread used in the restaurants is purchased from Detroit’s Eastern Market and from retailers in Hamtramck.

“Most things that we source, we try to keep it local — and obviously, Eastern Market has a great local footprint with fresh produce, bread, and meat,” Sirois says. “What we don’t source from Eastern Market, we make in our commissary. So if you come into Big Boy, all of our soups, sauces, salad dressings, pie fillings, pie shells, strawberry glaze, and all of our syrups are made in Warren. We even make our own mayonnaise.”

While burgers play a huge role in the menu at Big Boy, Sirois says the company is the most popular choice for breakfast among Michiganders. 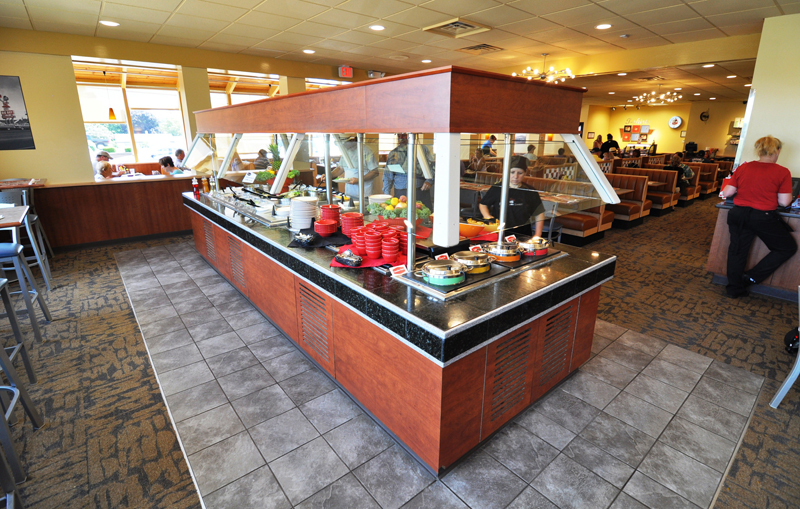 “We’re the largest single-family diner in the state,” he says. “Bob Evans has 46 restaurants in the state, but the other major players in our category — Denny’s, IHOP, Cracker Barrel, and Bob Evans — don’t have as strong a foothold in Michigan, probably because of how many Big Boys there are.”

The company is currently in the process of paring down its 172-item menu to deliver faster cook times, lower wait times, and hopefully lower food prices by buying almost everything locally. (Don’t worry, fan favorites like the Big Boy burger and Slim Jim are here to stay.)

Big Boy is also requiring all of its franchisees to make renovations to their facilities before they renew their franchise agreements. Sirois says most franchisees are on board, save for older owner-operators who don’t want the 20-year commitment; that has led to the shuttering and sale of some locations. In the past four years, Sirois says franchisees nationwide have put $20 million into renovations. 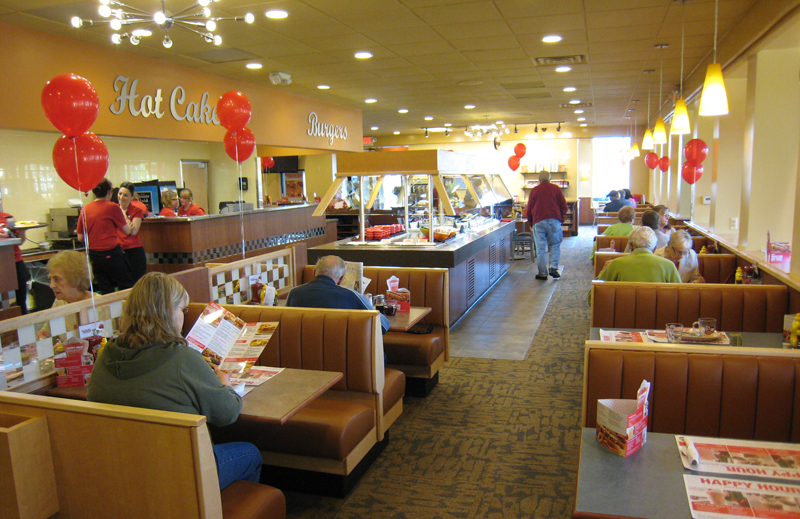 “Most of our stores are 40-plus years old, so we’re requiring an outside remodel and an inside remodel of carpet, tile, things like that, which can run anywhere from $250,000 to $400,000,” he says. “It’s a strong investment for the brand, but we’re also seeing stores close — not just because of the remodels, but because some of our franchisees are in their late 60s and don’t want to lock into another 20-year contract.”

Mary Alan, who started at Big Boy as a dishwasher and went on to own and operate four locations, says she recently sold three of the restaurants because she wanted to downsize.

With one Big Boy restaurant in Southfield, Alan says she is currently renovating the space.  “I decided to start a franchise with Big Boy because I love American food,” she says. “Some people ask me why others come to my store when you can get the same bacon and eggs across the street, and I tell them it’s because I listen. I can tell when people want to eat their breakfast and go, or when someone comes in because they want to eat and have someone listen to them.”

5 Things To Know About Big Boy

1. Big Boy was founded in 1936 by Bob Wian, and was originally a small hamburger stand named Bob’s Pantry.

2. The original Big Boy sandwich was created a year later when a regular customer requested “something different,” and the double decker burger was born.

3. The Big Boy mascot was inspired by a young burger enthusiast who wore overalls and would help Bob sweep the restaurant for a free burger. Another regular customer sketched the character on a napkin.

4. The signature sandwich’s “special sauce” is a combination of homemade mayonnaise and red relish.

5. Bob Wian sold his prized DeSoto Roadster to purchase the first Big Boy location, which now has annual revenue of more than $125 million per year.

5 Most Popular Items On The Menu