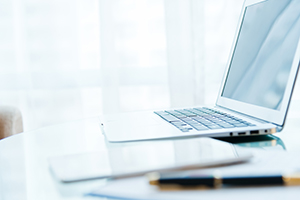 Oakland County has added nearly 94,500 jobs in the past five years, and more than four in 10 of those jobs were in high-wage industries, say University of Michigan economists in their annual forecast released today.

“This is a promising profile for Oakland County moving forward, with the growing presence of the county in the technological evolution of the motor vehicle, and with the county’s continuing focus on professional services that are becoming increasingly integral to the new economy,” says George Fulton, a co-author of the report and the director of the U-M Institute for Research on Labor, Employment, and the Economy.

Fulton says the economy is now in its seventh year of economic recovery since the recession’s low point in 2009. He says the county’s job growth over that period of more than 15 percent has outpaced both the nation at 8 percent and the state at nearly 10 percent.

Fulton says high-wage industries — average annual wages of $75,000 or more — will account for 35 percent of the gains (nearly 15,500 jobs) in Oakland County over the next three years. Job growth in high-wage industries will include testing labs, merchant wholesalers in durable goods, engineering services, management and technical consulting services, and computer systems design and related services.

“Job growth in professional services over the forecast period is concentrated in testing laboratories and engineering services,” Fulton says. “Along with company management, which adds 828 jobs over the next three years, these industries form the core of the white-collar auto industry.”

He predicts motor vehicle manufacturing, which led the early stages of the economic recovery in 2011 and 2012 before slowing, will see a small rise in job growth over the next three years. Auto factory jobs will account for nearly 3 percent of jobs in Oakland County by 2018.

“While factory jobs in the auto industry are no longer leading the recovery, its white-collar component will continue to expand at much above average rates,” says Don Grimes, the other co-author of the report and a senior research associate at the U-M Institute.