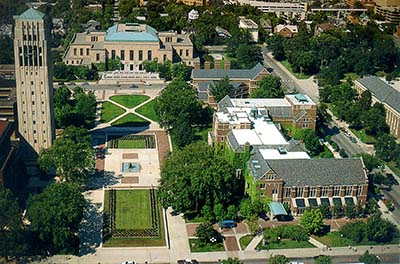 Research efforts from the University of Michigan, Michigan State University, and Wayne State University — known as Michigan’s University Research Corridor — contributed $17.5 billion to the state’s economy in 2014, an increase of $700 million when compared year over year, according to a report released today by East Lansing-based Anderson Economic Group.

“The University Research Corridor continues to lead the country in talent creation, producing graduates in medical fields and advanced degree programs at a higher rate than every other university cluster,” says Mark Schlissel, president of U-M. “Our immense pool of talent helps drive the economy and makes Michigan a more attractive place to live and do business.”

The $17.5 billion impact in Michigan in 2014 is up from $16.8 billion in 2013 and $12.9 billion in 2007, the first year the report was published. For every dollar invested in the three universities, the state of Michigan saw $22 in economic benefits, according to the report.

Michigan’s University Research Corridor spent more than $2 billion on R&D activities in 2014, an increase of more than 50 percent since 2007. The state’s research corridor ranked first in the talent composite score, a measurement of the total number of degrees granted and the total number of high-tech degrees.

Overall, the three Michigan universities granted more than 34,000 degrees including about 2,330 medical degrees, the highest number of advanced degrees in the medicine and biological science fields of any peer university innovation cluster.