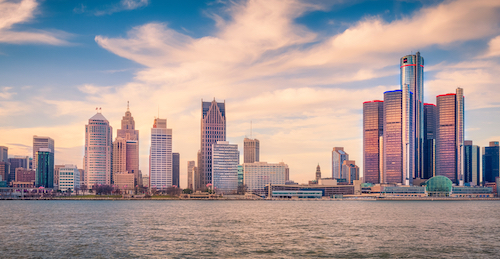 There are over 3,300 immigrant families renting homes in Detroit who could potentially acquire vacant properties and rehab them into viable housing using. According to new research released by the Fiscal Policy Institute and Global Detroit, a metro Detroit-based economic development organization that focuses on leveraging the talents of immigrants, it would take just $50,000 to cover acquisition and rehab costs.

The research, which outlines the importance of immigrants as a source of new homeowners and vacant property purchasers in Detroit and 22 other Rust Belt cities, was released on behalf of Welcoming Economies Global Network, a 10-state regional collaborative of 18 peer local immigrant economic development initiatives across the Rust Belt led by Global Detroit.

Research from the organization also says that while Detroit’s U.S.-born population shrank 5.3 percent between 2010 and 2014 based on U.S. Census data, the foreign-born population grew 12.7 percent during the same period. Analysis of the American Community Survey one-year average suggests that immigrants as a share of the overall population in Detroit grew 17.8 percent over the last five years from 2010 to 2014.

In partnership with ProsperUS Detroit and Detroit Economic Growth Corp., Global Detroit has helped immigrant entrepreneurs apply for and receive grants to expand their businesses and create more jobs.

The organization also recently completed a six-month engagement process in the Banglatown neighborhood along the Detroit-Hamtramck border that brought together Bengali, Yemeni, African-American, and white residents to identify common concerns and priorities and develop coordinated approaches to improving the neighborhood for all residents.

“Immigrants are helping to occupy vacant housing, launch new businesses, and volunteer for neighborhood block clubs and safety patrols,” Tobocman says. “Immigrant neighborhoods in Detroit raise the quality of life for everyone, including African-Americans and longtime residents. Immigration is the untold American community revitalization strategy that has worked for generations and is a very viable strategy in Detroit.”

In 2010, Global Detroit released a study and strategy to help metro Detroit’s economic recovery by integrating immigrant talent and entrepreneurship. The study, funded by local foundations and the Detroit Regional Chamber, outlined 11 strategies. Through its partnerships with local businesses, public sector leaders, nonprofit organizations, and the community is employing more than $8 million in philanthropic, corporate, and public sector investments to revitalize the metro Detroit region.