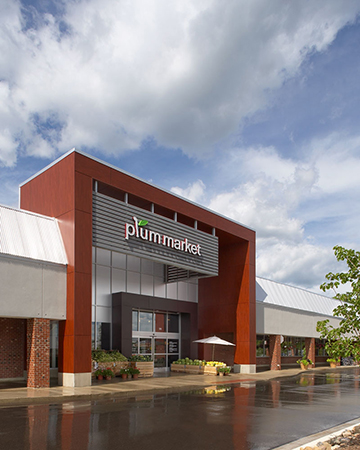 Plum Market has locations in Bloomfield Township, West Bloomfield Township, Ann Arbor, and Chicago. Plans for the second Ann Arbor store include expanding the 19,020-square-foot facility by more than 6,000 square feet, along with the addition of an outdoor café along the Plymouth Road side of the building and a Zingerman’s coffee bar.

The new location, expected to cost $12.5 million and open this fall, will bring 125 job openings to the north Ann Arbor market. The architect for the project is Saroki Architecture, located in downtown Birmingham.

The company is also teaming up with Zingerman’s Deli to open an express store this fall at Detroit Metropolitan Airport in Romulus.

Last April, Matt Jonna, president of Plum Market, told DBusiness Daily News that the company plans to focus its future expansion efforts in Michigan and Illinois, but foresees moving into other major markets in the long term.