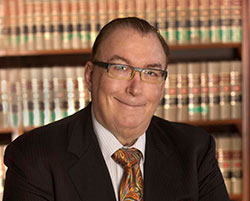 The phrase, “Let the Buyer Beware,” is especially cogent advice today for those living in or considering buying into a condo/homeowners association or cooperative. In the lame-duck session last December, the state legislature passed a bill that could have a deleterious effect on unsuspecting members of these groups.

By signing the Michigan Nonprofit Corporation Act, Gov. Rick Snyder has given nonprofits operating in Michigan basically carte blanche protection from anything they choose to do or not do as it pertains to those serving as officers or on the boards of associations or cooperatives. Because every condo and homeowners/condo association and cooperative is a nonprofit corporation, those in positions of responsibility will be able to use the changes in state law to act in their own self-interest with virtual impunity.

It’s important for homeowners to understand that their boards of directors, officers, and others may be already immune from liability and accountability to the association, even for gross negligence or other intentional acts that may be questionable. The new law shields the powerful few from possible legal repercussions at the expense of the many trusting homeowners who may be adversely affected by the almost imperceptible details buried deep inside the law.

The legislation will erode the traditional democratic participation of members who may now face barriers in removing officers who have proven ineffective, inefficient, or even negligent in carrying out their designated responsibilities. In other words, the changes enacted pave the way for directors to be elected without holding a meeting, thus stifling open debate, giving assent to issues up for a vote of the board without notifying members, and even holding membership meetings without giving notice to members.

And here’s a fact that should strike fear in the hearts of association members: The law allows the board to relinquish complete control of the association to non-members who have no stake whatsoever in the community. One can only imagine what dreadful outcomes this could produce.

To take it a step further, the door is now wide open for all nonprofits to fall victim to fraudulent schemes and be at the mercy of unscrupulous individuals or groups who could obtain ill-gotten financial gain from the lack of adequate protections under the law.

Michigan lawmakers fell short. We now have on the books changes in state law that were rammed through the legislature virtually unnoticed and without the proper attention they required.

Due diligence was ignored. Input from those most affected by the changes was not sought. Despite their eagerness to get out of town for the holidays, as a deliberative body, it is incumbent on Michigan lawmakers to give serious deliberation to matters that come before them. They should provide critical analysis and engage in serious debate before passing legislation, such as amendments to the Michigan Nonprofit Corporation Act, that in no small way will affect the lives of those they purport to represent.

With all the perils this legislation presents, I strongly encourage the state legislature to either revoke this new law in its entirety, or at the very least make serious modifications to ensure that the rights of homeowners are properly protected, rather than give associations/cooperatives a “free pass” on the issue of accountability.

Robert Meisner is a lawyer with the Meisner Law Group PC, concentrating in areas of community association, condominium, and real estate law.