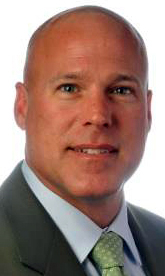 It’s time Michigan free itself from LUST. Before you chide me for being unromantic, understand that I’m referring to Leaking Underground Storage Tanks.

Nearly all those large, underground containers store petroleum products like gasoline or oil. If a tank leaks, the cleanup can cost a business owner hundreds of thousands, or even millions, of dollars and may even threaten a community’s water supply. Michigan is among the top five states with the most open LUST sites, with approximately 8,500.

Earlier this year, the state legislature took a big step in the right direction and passed a law establishing the Underground Storage Tank Cleanup Fund, slated to begin October.

Previously, the state had a cleanup fund (Michigan UST Financial Assurance Fund, or MUSTFA); however, the program was hugely in debt and went bankrupt in 1995. It was funded by a 7/8 cent per gallon environmental protection regulatory fee on all refined petroleum sold or imported to Michigan. Though MUSTFA went belly up, they continued to collect the fee. The fund was eventually renamed the Refined Petroleum Fund, but the money was used for purposes outside the program’s original intent.

The new fund will be beneficial for a variety of sectors, such as logistics, retail petroleum, and airline companies, which currently utilize private insurance or self-insure. It will provide money to oversee cleanups, reimburse owners or operators for corrective actions that address leaking tanks, achieve compliance with laws regulating leaking tanks, and assist owners in meeting their financial responsibility required by the U.S. Environmental Protection Agency.

Private insurance was never a great option. What has evolved over time and exists today is an assortment of underground storage tanks insurance policies that, depending on a lengthy set of circumstances and contingencies, may or may not cover remediation and third-party expenses. For sites with aging systems or previous existing contamination, it was nearly impossible to even be considered for insurance.

The reality was, when someone had a claim to file, the insurance companies oftentimes would deny it.

For example, one company had a client who had a catastrophic event occur. One of its product lines failed, spilling more than 4,000 gallons of product. The insurance company dragged the claim process out so long that the company eventually went out of business and the site was never cleaned up.

I’m no fan of government intervention in the private sector; however, the other alternatives haven’t been successful. Several states have long-term underground storage tank cleanup funds that have and continue to work well.

In short, this new cleanup fund will be a good thing. It will benefit and have a monumental impact on people or industries that currently pay money for insurance as well as the overall health of Michigan’s environment.

Michael T. Kulka is the CEO and founder of PM Environmental, a national, environmental risk management firm in Berkley.