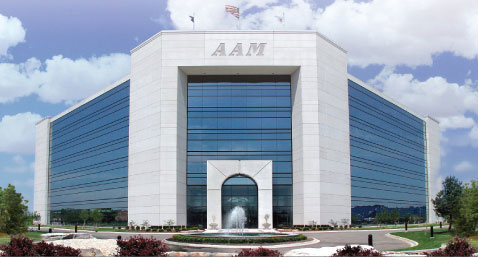 “2014 was a very successful year for AAM,” says David C. Dauch, the company’s chairman, president, and CEO. “AAM’s sales growth outpaced the industry in 2014 and our financial performance was highlighted by improved profitability and a positive inflection in cash flow generation.”

American Axle also reported other income of $6.9 million as compared to a loss of $1.9 million in 2013. The primary components of other income in 2013 and 2014 are foreign exchange gains and losses and earnings from the company’s unconsolidated Hefei joint venture in China.

The supplier’s content-per-vehicle — measured by the dollar value of its product sales supporting its customers’ North American light truck and SUV programs — was $1,667 as compared to $1,550 in 2013.

“As we look to the future, we remain focused on delivering our plan to sustain strong free cash flow performance while leveraging AAM’s technology leadership to develop innovative, market driven products to achieve profitable growth and business diversification,” Dauch says.