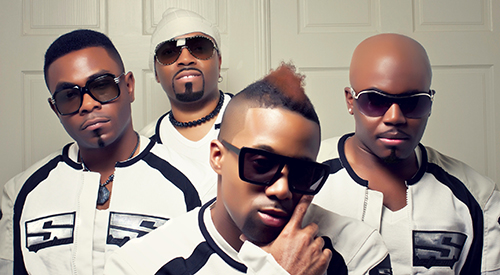 Summer may be more than a month away, but the Detroit Riverfront Conservancy is already gearing up for its 7th Annual GM River Days festival, which is expected to attract more than 150,000 attendees from June 20-22.

Established in 2007 to show off the various improvements along the Detroit River, the three-day celebration spans from William G. Milliken State Park and Harbor to the Detroit/Wayne County Port Authority Terminal & Dock, just west of the Renaissance Center.

More than 40 music acts will be on hand this year, including headliners Blackstreet, Mary Mary, and Keith Sweat. In addition, the conservancy will bring back the Detroit River ArtScape competition. This year, artwork from the finalists will be displayed along the RiverWalk from June 16-22, during which the public can vote for their favorite artist via text message.

“We have a remarkable group of committed partners who make it possible to bring this signature event to the riverfront, and to continue the conservancy’s tremendous progress and development of parks and green space on our riverfront,” says Matt Cullen, the conservancy’s board chairman.

In addition, the Michigan Department of Natural Resources will offer educational booths about the state’s birds and reptiles, as well as archery and other outdoor skills challenges. The U.S. Coast Guard Auxiliary will provide rescue demonstrations and tours on a Coast Guard cutter. There’s also a children’s area and offerings from more than a dozen eateries, including Soaring Eagle, Bozii, Andiamo, Wingstop, Beignets2go, La Feast, RiverWalk Café, Baja Smoothies, and Union Jack’s.

“River Days has become one of the most popular summertime festivals in Detroit,” says Steve Tihanyi, general director of GM Marketing Alliances and Branded Entertainment.

Admission to the festival is free before 5 p.m. on June 20. Afterward, the conservancy will charge a $3 admission fee ($5 after 5 p.m.) to help underwrite programming and operational costs. For more information about the GM River Days presented by Soaring Eagle Casino & Resort, visit RiverDays.com.

IN OTHER RIVERFRONT NEWS, the Rockin’ on the Riverfront free concert series will run from on Friday evenings from July 11 to Aug. 15 at the GM Riverfront Plaza. The lineup includes The Guess Who, Leon Russell, Starship, April Wine & The Rockets, and America. For more information, click here.

ALSO, Blue Cross Blue Shield of Michigan is expected to make an announcement Friday about a multi-year partnership with the Detroit RiverFront Conservancy.