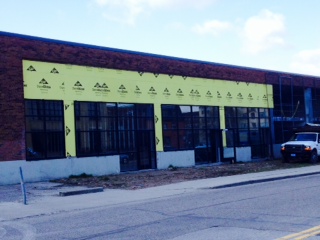 Keeping with its “Buy American” mission, Detroit-based Shinola will open a sister store called Willys Detroit in mid-June in the Midtown district. It will feature American-based fashion, home, and skincare/beauty brands.

The outlet will be located in the Willys Overland Building at 441 West Canfield, between Cass and Second, a few steps from Shinola’s flagship store and the Traffic Jam Bar and Snug. Willys Detroit has been under development for several months, and was included in a feature on Shinola in Time magazine last month.

“Willys Detroit was inspired by the tremendous feedback we received from customers interested in seeing more of the curated products we featured throughout the year at Shinola,” says Steve Bock, CEO of Shinola. “We feel the Willys Detroit concept store will complement the nearby retail offerings and help to make the area a shopping destination.”

All brands featured at the store are American-based, with most products made in the United States. Every month, Shinola will feature merchandise from other brands across the U.S.

In related news, Shinola plans to open a flagship store in Minneapolis this summer, as well as other stores in Chicago, Washington, D.C., London, Berlin, and Amsterdam. Over the next five years, the company plans to open eight stores annually.