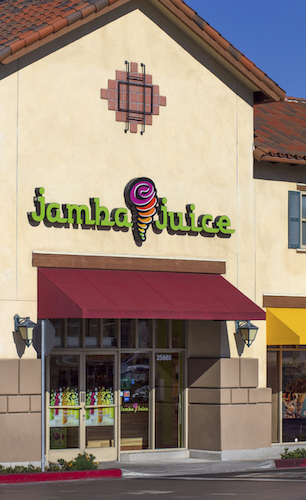 Jamba Juice, a fast casual restaurant brand based in California that specializes in fruit smoothies and juices, has entered a development agreement that will result in 20 new locations in the metro Detroit market over the next eight years.

The agreement was reached with Detroit-based franchisees Kevin Denha and Omar Ammori, co-founders of the Bloomfield Hills-based T-Mobile retailer Wireless Vision, and includes an accelerated growth plan over the first three years of the deal.

“Kevin and Omar are world-class franchisees who bring a high level of franchise and operating expertise,” says Dave Pace, CEO and president of Jamba Juice. “More importantly, we are aligned in our commitment to simplify and inspire healthy living with our brand and our company.”

He says Denha and Ammori plan to open five locations in Meijer stores in metro Detroit, and three traditional stores by the end of 2017. Ammori owns and operates 260 T-Mobile stores in 15 states, including Michigan.