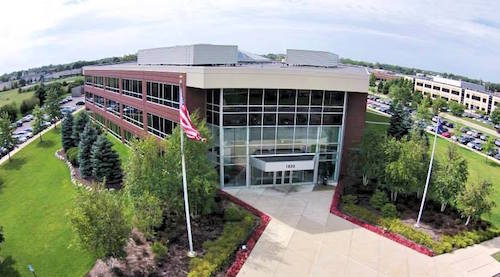 Troy-based Altair and Progresstech, a global engineering company that works with the aerospace, automotive, and energy industries, have signed a Memorandum of Understanding under which Progresstech will promote and distribute Altair’s software technology in Russia and the Commonwealth of Independent States.

The terms of the partnership include the promotion of Altair’s HyperWorks Suite, solidThinking products, and its methods for lead-time reduction and weight optimization.

“Progresstech is a well-known and established player for advanced engineering services worldwide,” says Pietro Cervellera, managing director of Altair Engineering GmbH. “Their expertise and regional presence will help Altair, who has no direct local office in Russia.”

He says Progresstech, which has offices in the United States, Armenia, Russia, Ukraine, and other countries, will leverage Altair’s optimization methodology and both companies will engage jointly in engineering projects when beneficial to clients.

Altair will also work on a formal distribution agreement for Progresstech to become an official HyperWorks reseller in Russia and the Commonwealth of Independent States.

Privately held with more than 2,600 employees, Altair operates more than 45 offices throughout 22 countries and has more than 5,000 corporate clients.

In Related News… Altair has announced the general release of its new cloud-based business intelligence platform called Envision, which can connect users’ data to create and publish charts and dashboards.

“Flexibility and ease of use are a big part of what defines Envision,” says Yeshwant Mummaneni, senior vice president of analytics at Altair. “These attributes transpire not only in its user interface, with the ability to build dashboards in minutes and modify layout with a few clicks, but also in Envision’s ability to integrate with other applications in a very seamless and easy fashion.”

Powered by a floating business model and devoid of add-on fees for server enablement, Envision can be accessed as a subscription-based public cloud platform and as a private cloud business intelligence platform.

The platform will be sold and supported through solidThinking, Altair’s wholly owned subsidiary.