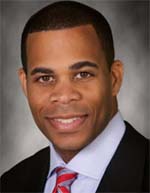 Giving Tuesday, an annual international day of charitable donations made starting on the Tuesday after Thanksgiving, generated an estimated rate close to $1 billion per day.

Correlating with this annual practice of generosity is a new trend emerging across the country, including here in Michigan, which is affecting traditional do-good philanthropy as we know it.

This idea, which has grown in strength over the last several years, is quickly becoming the new fancy of some of the world’s uber wealthy and is beginning to make appearances in local practices of giving. I call it “optimized philanthropy,” which is more widely known as effective altruism. Effective altruism is defined as a philosophy and a social movement that applies evidence and reason to determine the most effective ways to improve the world.

It’s this broadly focused yet scientific approach that distinguishes optimized philanthropy from traditional philanthropy. If we look closely, we see it here in Michigan with large semi-private philanthropic investments directed towards housing, early childhood education, neighborhoods, health care, charter schools, and even in new investments for community-oriented technology infrastructure.

Many individuals, foundations, and corporations are making contributions to the social sector, but corporate executives in particular have less leeway than ever to make bold investments in their communities. Due to growing pressures from short-term shareholders and increasing regulations, companies can often be constrained from making targeted, long-term investments that drive social change.

So, why are individuals, corporations, and foundations interested in making these types of altruistic investments in cities like Detroit in the first place? We know that various motives can initiate these actions. Some companies, for example, might invest in this type of social enterprising activity due to newly inclusive corporate priorities or their perceived ability to influence buying habits of consumers, which in-turn generates greater financial returns. I believe that most folks give to help make their community and their immediate areas of interest a better, more robust environment. Michigan’s model of philanthropy, especially here in Detroit, goes back further than our region’s roots in manufacturing, agriculture, and automotive innovation.

Originally, Detroit charities were supported by the pure generosity of individuals, a few progressive corporations, and the region’s philanthropic foundations. This honorable circle drove much of the good work, but it couldn’t keep up with the state’s emerging problems as neighborhoods dwindled, public education changed, and the employment base shifted from its manufacturing pedigree. Our regional leaders, like many others asked, “How can we do more?” and the social enterprise movement in Michigan was born. In Michigan, like in most states, philanthropic generosity can now be leveraged by the marketplace for greater impact and increased community participation. Seemingly, all that is holding the sector back is capital to scale.

Over the last decade in particular, our giving and our interests as Americans has quickly become a results-driven machine. Today, optimized philanthropy seeks to make us better at giving. The approach, by design, uses data and science to calculate how people can ensure that each dollar they give has the greatest impact on the projects they support. To me, it sounds awfully close to the idea of good old notion of return on investment.

The strategy is being catapulted by high profile participants such a Mark Zuckerberg, Warren Buffett, Elon Musk, and even several investors here in Michigan. The model is becoming much more appealing as families, companies, and even regional foundations look closer at the detailed results of their financial commitments as well as their philanthropic investments in Detroit and the surrounding areas.

Optimized philanthropy requires letting go of empathy for a small set of consumers, and considering social change in measurable units that can be directly affected by investment and quantified by specific outcomes. To many, this sounds interesting because of the potential scale, but for others it is unnatural and somewhat cold as it often lacks a fundamental emotional basis. Emotion for the majority of us is the root of philanthropy.

By process and by application, optimized philanthropy directs good will in counterintuitive ways. For example, the movement’s methodology might say that if you want to devote your life to helping others in ways such as creating change by mentoring individual students in Detroit Public Schools or cleaning a single neighborhood in Flint, you may want to reconsider based on the fundamental numerical impact of your participation.

Instead, effective altruism suggests “earning to give.” Which means, for example, taking a high-paying job (even if it is not optimal) because the disposable income you can earn and then donate will help more people than you could by volunteering or mentoring on a local basis. In this way effective altruism replaces old-fashioned philanthropy with a more sleek, “hedge fund meets Wall Street” approach of generating wealth and then giving significantly to the community — all while paying intimate attention to the metrics and the clear results of the investment.

Today, Michigan and Detroit have a tremendous new inventory of assets that are leveraging regional excitement as well as shaping the next wave of social innovation strategies. These assets are also generating opportunities for investment and a resurgence of philanthropic appeal. This will directly impact multiple areas of the community such as public education, job creation, public safety, historically underserved populations, and health care.

Chris Polk is senior fundraising executive and is the principal at Forte’ Management Group Inc. based in Detroit.