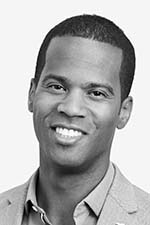 Lorron James sees value in linking old Detroit with new Detroit. Tapping the city’s manufacturing heritage, James helped convince Dan Gilbert, founder and chairman of Detroit-based Quicken Loans Inc., and his partners in Xenith, to move the designer and manufacturer of innovative football helmets and shoulder pads from the East Coast to his family’s company — James Group International — in southwest Detroit. There, in an assembly line process that started up last spring, Xenith produces thousands of helmets and pads for professional, college, and high school players.

“We saw Xenith as a vehicle to bring new and old Detroit together,” James says.

“We’re revitalizing Detroit as a distribution hub, and we saw Xenith as a major player in reaching that goal,” says James, a former wide receiver at Arizona State University. “We offer shipping access to the Detroit River, and we have the ability to build industrial or light manufacturing space next to our 450,000-square-foot logistics center (at Fort and Clark).”

James Group, which is debt-free and has access to lines of credit, built an impressive client roster — it includes Ford Motor Co., General Motors Co., and Toyota Motor Corp. — both in Detroit and across the Midwest. James, president of TLX, a provider of supply chain management software, sits on several boards, including the Detroit Wayne County Port Authority and the Michigan Minority Supplier Development Council.

“The opportunities in Detroit are coming together, from what’s happening downtown and in the neighborhoods to our industrial areas that offer access to shipping, rail, and highways,” James says. “All the pieces are coming together.”