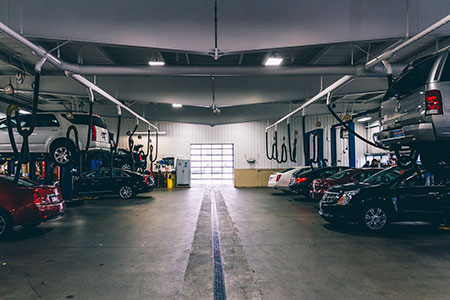 Records were made to be broken, or so goes the old saying. That’s especially true if you’re an athlete; for the auto industry, on the other hand, 2014 ended with the sort of record no one wants: 2014 topped the all-time number of recalls, set a decade earlier.

The numbers are staggering. Last year, more than 54 million cars, trucks, and crossovers were issued recalls due to one safety defect or another. Indeed, some vehicles were recalled multiple times for potential and real problems ranging from exploding airbags to leaky fuel lines to defective ignition switches.

While recalls are a negative for an automaker’s reputation and can mean a loss of potential sales, they’ve also served to drive additional revenue and profits at dealerships. With more customers streaming through doors to address a recall, there’s added opportunity for dealers to sell new vehicles via trade-ins, add accessories, or repair other parts of a car or truck.

Why were there so many safety-related problems last year? Joe Hinrichs, Ford Motor Co.’s president of the Americas, suggests there are “unique circumstances going on in the industry” that contributed to a rapid run-up in 2014. The prior year saw the industry recall more than 27 million vehicles — not all that far short of the previous all-time record of 33 million, set in 2004.

Some suggest that, under the glare of the media spotlight — and the heavy hand of federal investigators — the auto industry is operating on a “hair-trigger,” opting to “recall rather than stonewall,” as Clarence Ditlow, head of the Washington, D.C.-based Center for Automotive Safety puts it.

Going forward, most observers anticipate that manufacturers will be less likely to try to brush off safety problems with so-called Technical Service Bulletins, or TSBs, which were common in the past. And there’s another factor that’s clearly playing a role in the recall rush: The auto industry’s aggressive search for cost-cutting economies of scale poses the risk that even a 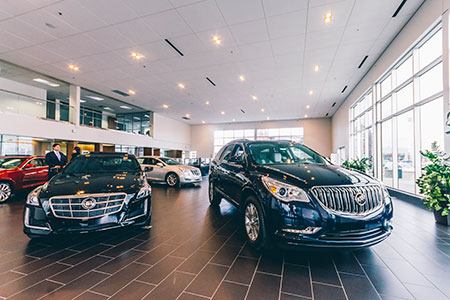 minor defect can affect a wide number of models and brands, which potentially can impact millions of vehicles.

In the more than four decades since federal recall legislation was first enacted, there have been a number of serious scandals. Ford found itself embroiled in several of them, including the notorious Pinto gas tank issue in the early 1970s, in which documents suggested the company decided to skip a safety fix because it would cost $11 a vehicle, which added up to more than settling potential lawsuits; a more recent fiasco in 2000 centered around Explorer rollovers linked to faulty Firestone tires.

Even one of the industry’s perceived safety leaders, Toyota, has had its uncomfortable turn in the spotlight when it was forced to recall more than 10 million vehicles in late 2009 and 2010 due to so-called unintended acceleration problems.

It was an embarrassing setback for a company that had built its reputation on quality and reliability, especially when internal documents surfaced showing Toyota officials celebrating how they had talked federal regulators out of issuing an earlier recall, saving the company hundreds of millions of dollars. Toyota CEO Akio Toyoda, the grandson of the carmaker’s founder, had to face a grueling session before a Congressional committee looking into the problem.

Toyota got something of a reprieve when two separate investigations, including one run by NASA, found its vehicles didn’t suffer from an unknown electrical problem that could cause them to race out of control. In fact, many crashes, it was determined, were the result of driver error, oversized floor mats, or sticky accelerators.

Nonetheless, the automaker has had to shell out several billion dollars in its bid to put the scandal behind it, including a $1.2 billion
fine levied by the U.S. Justice Department, and even more in legal settlements and court verdicts. It could have been worse. After an initial slump, Toyota has largely recovered its U.S. sales momentum.

Today, more so than in the past, there’s been a clear shift in thinking in the auto industry, perhaps because consumers seem to be changing their views about recalls, suggests Mike Rozembajgier, a vice president of Stericycle in Lake Forest, Ill., which specializes in helping firms handle safety-related issues. Much as consumers now seem willing to fly on a bankrupt airline, he says owners, if anything, view a prompt recall as a sign that an automaker actually is watching out for customers. Delayed recalls, such as the recent GM ignition switch “issue,” are an entirely different matter.

Technology gains also are contributing to recalls. Hinrichs notes that automakers are in a much better position today to actually understand what’s happening with their vehicles out in the field. There is now “a lot more data available to a manufacturer in real time,” he says. “There’s so much more data out there, we can act very quickly to protect our customers.”

But more data brings more potential challenges. Top-line models, such as the new Mercedes-Benz S-Class, are equipped with scores of different microprocessors onboard, operating everything from the steerable headlamps to the turbocharged, direct-injection engine to the state-of-the-art infotainment system. Even more mainstream models like the Ford Fusion, with its Sync technology, are rolling computer platforms. “Every new car has more gadgets and more functionality, and each layer adds another level of complexity,” Rozembajgier says.

Further complicating matters is the industry’s cross-pollination of common parts and components, which are increasingly shared among an ever-wider range of vehicles. For example, Toyota, Nissan, Honda, Mazda, BMW, and General Motors have had to recall more than 10 million vehicles over the last year due to a manufacturing defect at assembly plants operated in the U.S. and Mexico by Takata, one of the world’s largest suppliers of airbags. Flawed chemistry could cause the bags to fire improperly, possibly causing a fire and even launch shrapnel into the passenger compartment. The recall was initially only for vehicles with the airbags in high-humidity states, but it was later expanded nationally by some automakers, affecting about 11 million vehicles.

According to the National Highway Traffic Safety Administration, about 75 percent of owners routinely take the steps to complete the necessary repairs to their vehicles. That means that if just one in four of those car owners impacted by recalls in 2014 failed to act on a recall notice, there would be more than 12 million of the defective vehicles on the road. That figure is compounded annually, cautions CarFax, a firm that tracks vehicle histories. It estimates there are now 36 million vehicles on U.S. roads with at least one recall-related repair not completed, and some of them are potentially quite deadly.

There was a time when “recall” was a dirty word in the auto industry; manufacturers did everything possible to avoid such service actions, whether to sidestep the cost or the embarrassment. These days, an OEM delays a recall at its own risk. GM may yet face criminal prosecution — as did Toyota — for its delayed recalls, and fines could top $1 billion. If anything, the push now is to deal with safety issues as quickly and aggressively as possible.

GM has set a target of 100 percent completion for the deadly ignition switch problem. Toyota vigorously pursued the same goal when it launched a series of recalls in 2009 and 2010 to address issues with so-called unintended acceleration, but GM has a particularly vexing challenge as the vehicles covered by the switch recall are, in many cases, a decade old.

Not surprisingly, some experts say the older the vehicle, the less likely it is an owner will get the recall work completed. Part of the problem is that the manufacturers must maintain accurate databases as vehicles are sold and re-sold.

The automakers also have been bringing in consultants to figure out ways to boost the response rate. GM sends out recall reminder
notices every three months, while Chrysler has improved its recall response rate to upward of 80 percent in recent years by using a combination of “snail” mail, emails, and phone call reminders.

In turn, dealers are encouraged to routinely check the corporate database when a car comes in for service, to see if the vehicle has an uncompleted recall issue. Honda says that has helped it get its response rate up to more than 80 percent, since so many of its owners continue to use dealers for service. In some instances, however, such as last year’s airbag recall, the company was quick to use the phone to reach out to owners who didn’t initially respond. 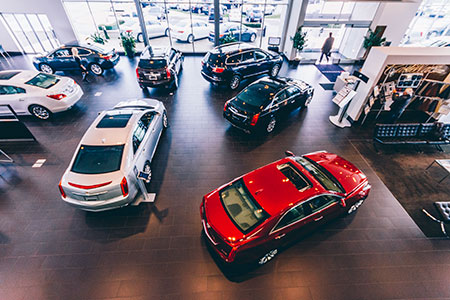 NHTSA has also stepped up its efforts to get recalled vehicles repaired. A motorist can go to Safercar.gov and sign up for alerts. The federal safety agency also uses Twitter and Facebook, as well as a new mobile app, to alert motorists. As of August 2014, all manufacturers operating in the U.S. have to operate online databases that a motorist can search using their 17-character Vehicle Identification Number, or VIN. That information also will become available on Safercar.gov.

So what’s next? The U.S. market is projected to reach 16.9 million in vehicle sales in 2015, according to the National Automobile Dealers Association. As for recalls, it’s anyone’s guess. It’s doubtful another 54 million vehicles will be recalled but, at the same time, there’s no guarantee. db