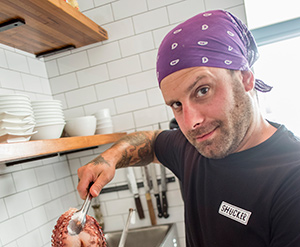 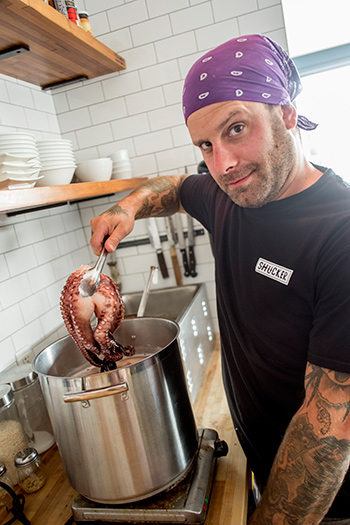 Rudyard Kipling remarked that East and West would never meet. The same might be said for Windsor’s downtown and its suburbs. The city core boasts a multiculturalism that broadcasts Canada’s low-temperature attitude to culture. Ethnic restaurants abound, including a plethora of halal shwarma places geared toward the neighboring immigrant communities.

But to return the enclave to its pre-9/11 glory days when nearly every night the downtown streets were buzzing with people from the U.S. as well as Canada, restaurateurs are calling for more residents.

“No matter what the specific issue you want to solve in the core, more residents is the solution,” says Mark Boscariol, who owns two restaurants. “Unfortunately, (the city) has no plan to achieve that goal — and no specific targets or actions to achieve those goals. You want more residents? You have to specify how many in the next year. Is it 100, 200? Then you have to list the actions (necessary) to achieve each and every single one of them.”

Chef Ted Dimogolou, owner of Tiki Sushi, says Windsor is in need of a marketing and residential attraction program.

Boscariol owns The Willistead in the Walkerville neighborhood, near the Hiram Walker distillery, and Snack BBQ in the downtown district. “Walkerville has an amazing sense of pride in its property owners,” he says. “Downtown is simply the calling card of our city. But if downtown fails, the rest of the city and region will fail.”

For future restaurateurs, South Windsor is virgin territory. With roughly four neighborhoods the size of Walkerville and one-quarter the number of restaurants, the math is good.

Paul Chanko crunched the numbers and decided South Windsor is where he’s going to open his new venture, called Budakon. He used to stake his claim downtown. “Our downtown is facing many challenges,” he says. “There are a lot of delinquent landlords who leave their buildings in horrible condition and expect an upstart like me to literally sink my life savings into fixing up those buildings.”

Another victim of South Windsor’s siren song is Erie Street, Windsor’s legendary row of Italian restaurants. Nick Politi, owner of Nico Ristorante, says Erie Street is still home to great restaurants, bakeries, and markets, but now he’s contemplating the unthinkable — leaving Erie Street. “Even though we have minimal traffic in this city, and you can go from one end to the other in 20 minutes, Windsorites have very little patience and believe that any distance more than two kilometers from their house is too far,” he says.

For now, Politi is staying put, and Erie Street remains a gourmand’s friend; however, some of the neighborhoods around the enclave have lost their original steadfast ethnic communities.

Ted Dimogolou, who owns Tiki Sushi, says downtown Windsor could benefit from a strong marketing campaign that touts the city’s culinary assets. “What puzzles me is that if an excellent restaurant opens in a bad neighborhood in Detroit, then it’s edgy, but if you do the same thing in Windsor, people say the place is a dump,” he says. db

DB: Where are you?
AA: In Silicon Valley. I’m working on a variety of issues to help advance diversity in the workforce, especially as it relates to IT. I’m fortunate to run an international organization from my office in Troy, but we’re a virtual organization with 250 members.

DB: Who are the members?
AA: It’s a very exclusive group that includes a lot of CIOs — senior executives in Fortune 500 companies including the CIOs of Facebook, HP, and Cisco; (and) CEOs from companies like Silicon Graphics. There’s tremendous talent in the Hispanic community.

DB: What are the challenges?
AA: Technology companies have attracted a lot of attention of late in the area of diversity hiring. A lot of IT companies have a strong presence of whites and Asians, but when you look at the number of Hispanics and African-Americans represented, it’s 4 to 5 percent within technology companies like Microsoft, Facebook, Google, and LinkedIn. We’re encouraging the IT industry to be more reflective of demographics, especially given the fact there are more Hispanics than any other demographic in California.

DB: How about Detroit?
AA: I travel two to three times each month, so I often become an ambassador for Detroit.  We’re a major technology hub, and no other piece of equipment has more technology than an automobile. One of HITEC’s founders is David Segura, CEO of Vision IT in Detroit, so we do everything we can to promote the Motor City as an IT hub. For example, I’m helping to plan the HITEC Leadership Summit and 100 Awards Gala, which will be at Facebook’s headquarters on Nov. 5-6. We hosted the same summit in Detroit (in 2013). I also travel throughout the U.S. and Mexico quite a bit, and we just opened a HITEC chapter in Spain with the participation of King Felipe VI. My goal is to draw more IT opportunities to metro Detroit, and work more closely with the CIOs of the entire automotive industry. — R.J. King