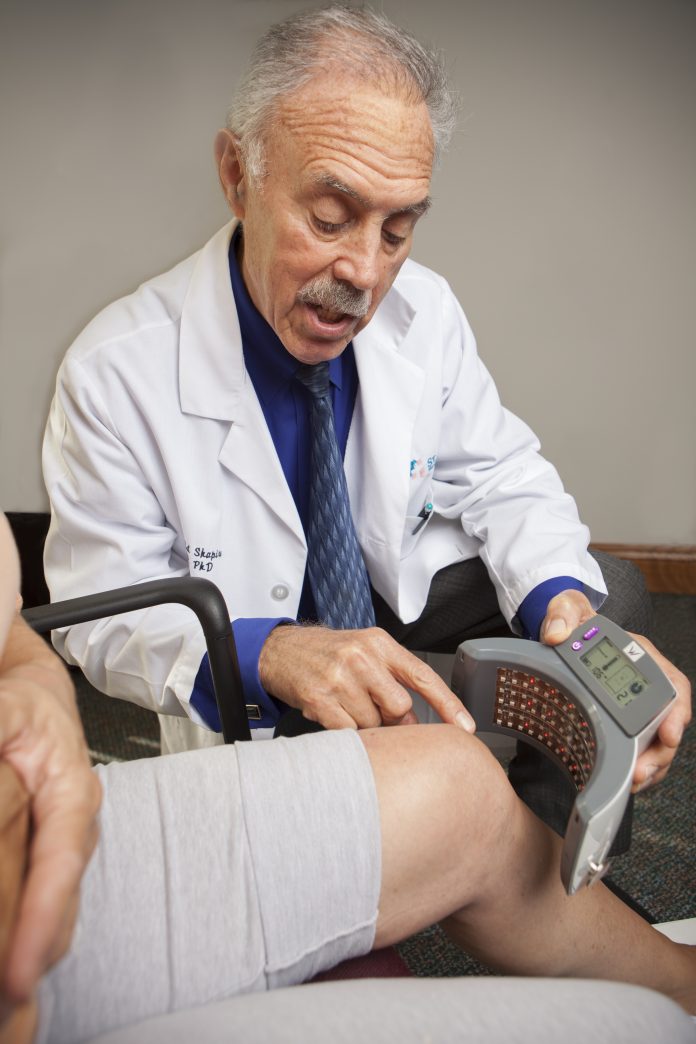 A Michigan company is offering a device that uses smart laser technology as an alternative to medication for relief from joint pain. Called the Willow Curve, after its distinctive design, the device comes from Monroe-based Physician’s Technology. It is currently available only via the Internet or by calling the company.

One satisfied patient pitching the Willow Curve is ex-Detroit Lion and NFL Hall of Famer Charlie Sanders. Now 68, Sanders works in human resources instead of catching touchdown passes. He explains in a promotional video that pain from a career-ending injury had gotten so bad, he was ready to undergo a knee replacement before he began using the Willow Curve a year ago. Sanders says he saw a decrease in the size of his swollen knee after just one treatment. “It has given me peace of mind to know, every step I take, there isn’t pain,” he says. 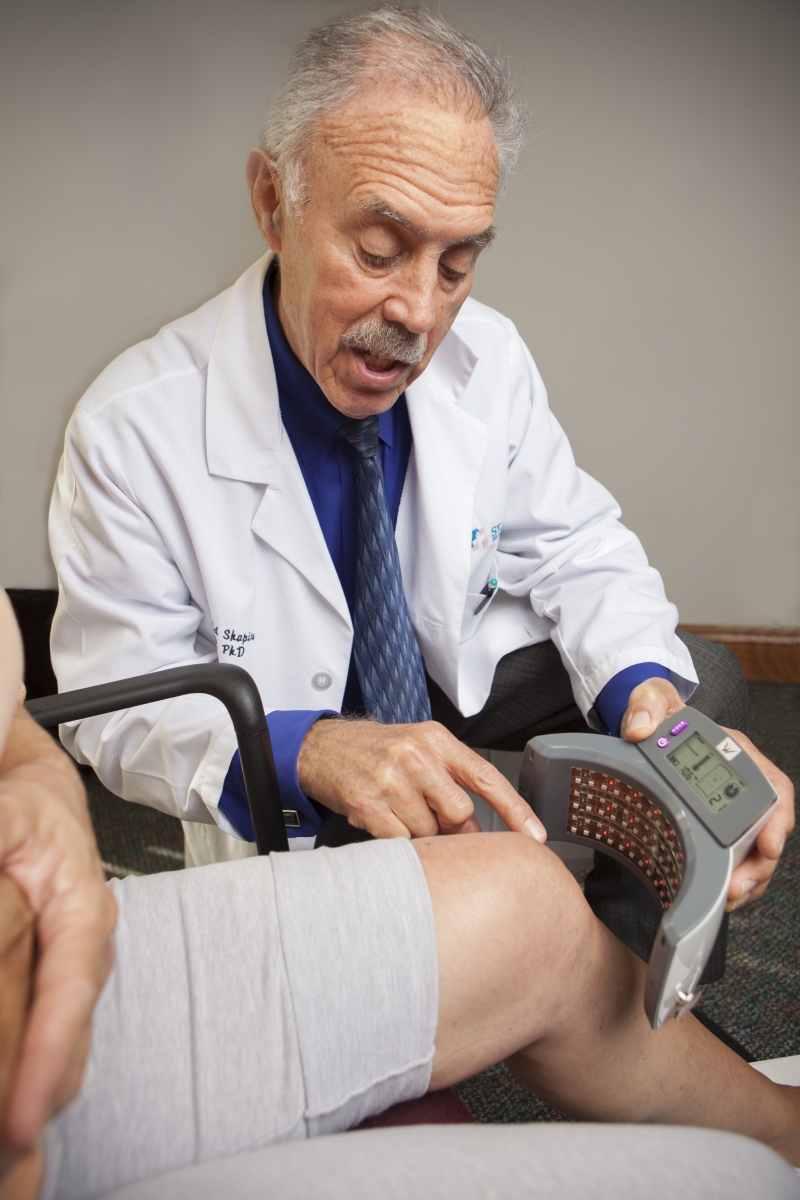 The one-pound, U-shaped appliance is equipped with a Velcro strap for use on knees, but it can also be used to combat wrist, shoulder, and neck pain, say its inventors. Its bio-sensory function reads chemical and physical conditions on the skin’s surface and inside a joint, then digitally calculates a prescription. Each 25-minute session with the Willow Curve uses two types of energy that can reduce inflammation, say co-inventors Dr. Ron Shapiro, medical director at Physician’s Technology, and David Sutton, CEO. They say the device can safely be used repeatedly, like Sanders claims, if pain lingers.

Shapiro says his invention not only relieves chronic or acute pain, but it reduces swelling, and increases mobility and performance with 90-percent effectiveness. Part of the Willow Curve’s work involves clearing lactic acid and cellular debris from the joint, Shapiro says.

The device can be used to relieve joint pain caused by several types of arthritis, gout, plantar fasciitis, lupus, fibromyalgia, and headaches, among other conditions. It’s not recommended for pregnant women because it hasn’t been tested on them. Shapiro also advises against using it if there is any infection in the joint or in the patient’s muscles.

Shapiro, who is a Toledo kidney specialist, says he developed Willow Curve after seeing patients with damage to those blood-filtering organs after the long-term use of aspirin or other nonsteroidal anti-inflammatory drugs such as ibuprofen or naproxen. Another concern was that studies show pain medications impede healing.

The inventors published the results of two clinical trials with Willow Curve, self-funded with part of at least $2 million used for R&D. In a study with nearly 70 patients published in January in Orthopedic Research & Reviews, they reported the fully operational device relieved pain better than when just one of the two energy sources was on or when the apparatus simulated a treatment. In a previous trial that included more than 25 patients, and was published in 2005 in Dialysis & Transplantation, they reported that Willow Curve outperformed ibuprofen and a placebo medication.

Sutton and Shapiro say the Willow Curve is the fifth generation of their technology; previous generations have been used in clinics and hospitals. The earlier professional devices have been retired and new ones are being developed, along with another consumer appliance — this one for back pain, Sutton says.

“We’re very passionate about the ability to help more folks and reduce their reliance on pain medications,” Sutton says. db