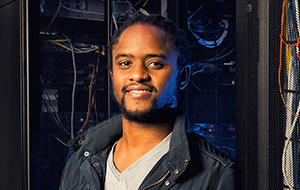 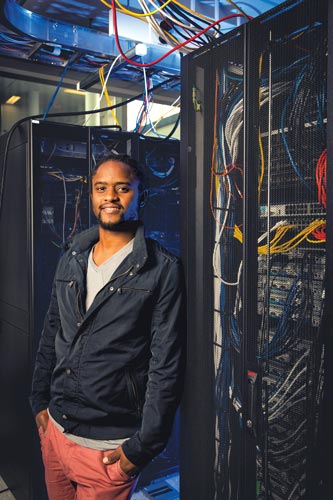 In an ideal future, the most advanced technology will gladly be shared with everyone.

Everyone will have access to it and anyone will be allowed to manipulate it as they see fit.

While that may sound too good to be true, it’s exactly what’s happening at the University of Michigan in Ann Arbor, where inside of the Department of Electrical Engineering and Computer Sciences Clarity Lab, researchers have launched Sirius, an open-source voice and vision intelligent personal assistant capable of operating on both hand-held and traditional devices.

Named after the brightest star in the sky, Sirius, which pulled funding from Google and  the Defense Advanced Research Projects Agency, was unveiled to the world at a technology conference in Istanbul in March, following nearly two years of development.

In its current form, Sirius is able to process speech, identify images, and interact with users in question-and-answer sessions.

Loaded with encyclopedic knowledge courtesy of Wikipedia and other data sources, Sirius responds to user-generated questions by extracting information from its comprehensive knowledge base and dispensing what it finds via digitized voice within roughly five seconds after receiving an inquiry.

According to Jason Mars (above), U-M assistant professor of computer science and engineering and Clarity Lab co-director, Sirius was built using an assortment of “fancy algorithms” readily found in robust commercial intelligent applications such as Apple’s Siri, Microsoft’s Cortana, and Google Now that can all interpret human voice instructions and provide answers in spoken word.

In addition to its speech-recognition capability, Sirius has been specially programmed to recognize images, whether scanned or captured in real time. That particular feature — a functionality its commercial competitors can’t yet duplicate — allows Sirius users to ask questions and receive information about what they’re seeing at any given moment.

To further separate its technology from other versions of intelligent personal assistants that strictly safeguard their proprietary coding, U-M engineering researchers have made Sirius available for download free of charge.

Anyone savvy enough to manipulate its program language can even customize Sirius based on needs and preferences, to spawn off expert systems and smart gadget devices of their own making. As Johann Hauswald, a Ph.D. candidate involved in U-M’s ongoing Sirius research efforts explains it, that’s exactly what its developers intended.

“Now researchers, startups, or users can integrate a personal assistant to their application or device,” Hauswald says. “Additionally, with the open-source community contributing to Sirius, we foresee a collaboration in not only developing new features, but also sharing data, making all the machine learning-base systems in Sirius smarter.”

The untold amount of possibilities that may eventually emerge from sharing Sirius’ technology has Mars and his development partners enthusiastically waiting to see how users worldwide will take advantage of its versatility. db