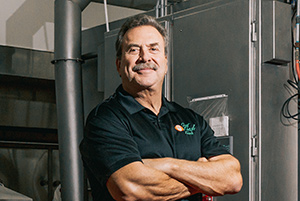 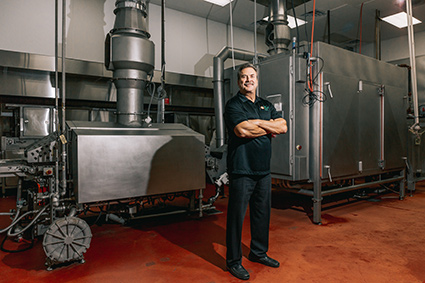 After selling Garden Fresh Gourmet to Camden, N.J.-based Campbell Soup Co. last June for $231 million, Jack and Annette Aronson weren’t ready to ride off into the sunset. The couple launched Garden Fresh from their former restaurant in Ferndale in 1997, and grew it into a national business that generated $110 million in revenue in 2014.

“Annette and I don’t know what retirement is,” says Aronson, 62. “I can’t imagine sitting in a recliner and watching soap operas all day. There’s too much to do. We just launched our Artichoke Garlic Foundation, which is named after two of the key ingredients we used to launch the salsa company. The foundation supports youth education and food charities. That’s our mission now.”

To help support organizations like Beyond Basics, area Boys & Girls clubs, Forgotten Harvest, the Salvation Army, and other causes, the couple — along with some of the management team from Garden Fresh — are ramping up sales, marketing, and distribution of Great Fresh Foods and Clean Planet Proteins, both based in Clinton Township.

Great Fresh, which got its start in 2013, offers protein-based foods like precooked beef, chicken, and turkey burgers that can be heated in a microwave-safe bag. Made using an oven and a conveyor system, the burgers, some of which are stuffed with cheese and vegetables, have a refrigerator shelf life of 70 days — up from 12 days for conventional, precooked burgers.

The company generated $2 million in revenue in 2013 and $3 million in 2014, and had $4 million in sales last year. In 2016, Aronson says revenue will be $12 million. “It’s going to be a breakout year for us,” says the All-American softball player (for his age group). “We’re ramping up production and marketing, and we’re adding more distributors like Meijer Inc. in Grand Rapids, Lipari Foods in Warren, and others. That will get us in the bigger and the smaller markets around the country.”

“We’re also working on low-sodium products for consumers and hospitals,” Aronson says. “We have three chefs we work with to develop the recipes, along with a health and fitness expert (Peter Nielsen), and a nutritionist. Down the road, you’ll be able to go online and order 30 proteins in a box and be set for dinner for a month.”

As sales increase, Aronson plans to invest in a $5-million high-pressure processing machine to extend product shelf life. “The machine eliminates yeast, molds, and pathogens,” says Aronson, who consults part time for Campbell Soup Co. “Our goal is to be the leader in precooked proteins. And we’ll get there, believe me.” db