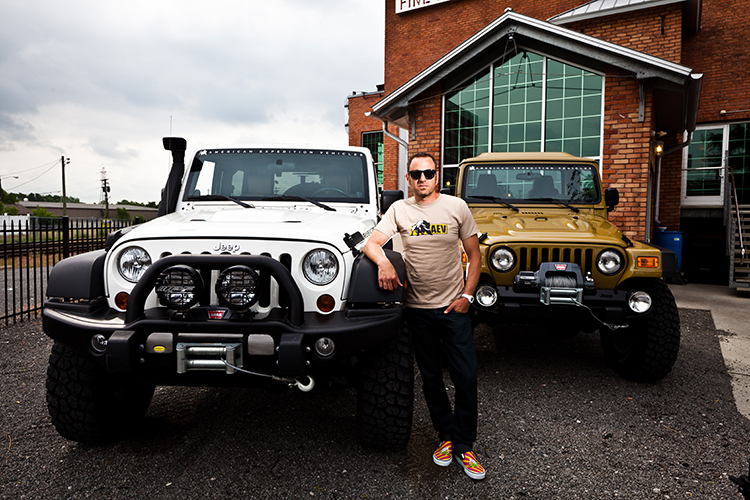 American Expedition Vehicles in Commerce Township — jump-started by a college business plan and a loan from a local bank — is taking its talent for stretching and ruggedizing Jeep Wranglers and Dodge Ram pickups on the road.

After its initial Wrangler conversion in 1997 not only proved to be a hit with off-road enthusiasts, but also drew attention from Jeep’s engineering team at the SEMA show in Las Vegas, AEV founder Dave Harriton launched a line of aftermarket accessories and developed a Wrangler-based pickup truck called the Brute.

As sales grew and Jeep launched a new version of the Wrangler in 2006, Harriton, who had set up shop in Montana, partnered with two metro Detroit investors, Michael Chetcuti and Mike Collins. The trio transformed Harriton’s conversion center in Montana into an R&D center, and set up an 80,000-square-foot production facility in Commerce Township.

With the added room, the company expanded its line of long-wheelbase Jeeps, added more aftermarket accessories, and introduced the Filson Edition Brute Double Cab. Based in Seattle, and offering outdoor clothing, luggage, and watches, Filson is owned by the same management team that started Shinola in Detroit.

Adding vehicles to its lineup, AEV’s Commerce Township operation will soon be moved to a 90,000-square-foot conversion center at 12 Mile and Napier in Wixom, where it will also have a 100,000-square-foot warehouse. The new space will help AEV fulfill orders for its emerging line of Dodge Ram pickup conversions (2500 and 3500 models, with a 1500 model to debut shortly).

“When Jeep came out with the new version of the Wrangler, Dave had to basically start over from scratch, and that’s where Mike and I came in,” says Chetcuti, former CEO of Quality Metalcraft Inc. in Livonia, which was sold in 2015 to The Watermill Group, a private investment firm in Boston.

“When Mike and I got involved with AEV, we really saw an opportunity to expand the business into the growing overland travel market, where you’re in the desert for days, or on an expedition,” Chetcuti says. “We sell conversion kits all over the world, and 10 percent of our work is the actual physical upgrade of Jeeps and trucks.”

Sourcing more than 90 percent of its parts from the United States — with the vast majority of its supplier base within 75 miles of its Commerce Township operations — AEV plans to add 35 employees in 2016. Today, there are 125 workers, up from four employees in 2005.

“We work closely with Jeep and Dodge to bring OEM-level design and engineering to the aftermarket,” Chetcuti says. “Our suspension packages, hoods, bumpers, tires, rims, and other products are specifically designed for a particular vehicle. That ensures higher quality and reliability, because the last thing you want to do is break down in the middle of the desert.”db