In the downtown Detroit headquarters of DTE Energy, in a third-floor office nicknamed the “command room,” nearly two dozen closed-circuit television monitors are giving executives a real-time look at thousands of dollars flowing 24 hours a day into the utility’s coffers.

The money — in cash, checks, credit cards, or even gift cards — is being deposited in bright blue-and-silver DTE kiosks by customers who are paying their energy bills in 20 Rite Aid pharmacy stores in metro Detroit, Muskegon, and Grand Rapids. The program began without fanfare a year ago to assist customers who would rather not pay bills through the mail or online via a smartphone, tablet, or computer.

As each customer taps the screen of the kiosk to make a payment, the transaction is beamed back to DTE monitors. Officials can watch every transaction from each drug store and obtain a running tally of payments. Customers can pay bills at midnight or on holidays, whenever their neighborhood drug store is open.

Jason Bierkle, president and CEO of DivDat, a Ferndale-based data processing and management firm that created the software in the kiosks, says the high-tech booths are programmed to read DTE bills and accept deposits. The machines spit out receipts that show the payments posted immediately in DTE’s accounts.

Sitting at a conference table in his Ferndale office, Bierkle demonstrated how he can use his iPad to observe every transaction in the 20 Rite Aid stores, as well as five other kiosks located in DTE’s facilities. While he can’t see an individual customer, he can track every dollar going
into the kiosks. “We can see how much mon-
ey comes into each machine and in what denominations — $1 bills or $20 bills, checks, credit cards, and even 10 to 20 transactions made with gift cards that we’ve seen so far,”
Bierkle says.

Currently, DTE is the only beneficiary of the kiosks, but the machines could be programed to handle multiple payments for various entities, he says.

The use of the kiosks has a particular resonance in the city of Detroit. A study by Bank On, a financial-government-community organization that monitors national banking trends, found Detroit ranks just percentage points behind Miami in the Top 10 large cities in America with households that are referred to as “unbanked” and “underbanked.”

Bierkle says his company’s research shows that many millennials — 18- to 25-year-olds — can be added to the group of people outside the mainstream banking and bill-paying customers because they prefer to pay their bills with cash. In a finding that reflects Detroit’s predominantly low- to median-income population, the company’s research showed 40 percent of Detroiters don’t own a vehicle.

“That means to pay a bill, a good number of people have to get on a bus or get a ride downtown to a payment center, pay for parking and, in most cases, they have to stand in line for a lot of time,” Bierkle says. “So we came up with this business model where we provide a payment system in an area where people already live, play, and shop. Rather than have people in Taylor drive to Detroit to pay a DTE bill, we put a kiosk (in Taylor) so when they’re out picking up their milk and bread, they can stop and make a payment.”

The process is very simple. Customers use a touch screen and follow the prompts. They can check the status of their account, scan their bill, insert cash if they prefer, and receive a printed receipt that shows their payment posted instantly.

“Somebody standing in front of that kiosk making a payment is no different than the person sitting at home in their pajamas with a PC making a payment, with one exception — it’s got a cash acceptor,” Bierkle says. “At home you can’t stuff cash into your PC. What we want people to think of with the kiosks is it’s a PC that accepts cash as well as a credit card. So people who aren’t comfortable paying online, or folks who want to use cash, or whatever their reason for not going online and making a payment, this is their online experience through an offline transaction.” 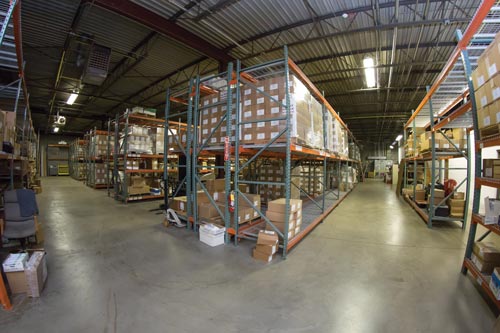 Bierkle says the performance of the kiosks since the first one was installed at a Rite Aid store at M-59 and Telegraph Road in Pontiac just over a year ago has been notable, to say the least. Initially, the machine had a monthly average of 100 transactions and $18,000 taken in. Today, the same machine registers 450 average payment transactions per month, totaling $83,000.

Last year, the 20 drug store kiosks — and five others in DTE payment centers in the city — recorded 50,031 transactions and took in $8 million. So far this year, the machines are on pace to obliterate last year’s totals as more DTE customers are taking advantage of the kiosks. Through the third week in May, the machines had already passed 50,000 transactions with $10 million deposited in the kiosks.

“First-time users average two to three minutes per transaction, and the second time they make a payment our average drops down to a minute,” Bierkle says. “The learning curve is very quick. We have a 96 percent (customer) return rate, and a 98 percent satisfaction rate.”

The results show that walk-in bill-payers are good customers. “These aren’t deadbeat or undesirable people,” he says. “There are cultural issues where some people just don’t trust our banks, or don’t want to trust our banks. These aren’t bad customers; they’re just different. They have different habits. They want to walk in a payment.”

Bierkle credits DTE for taking the time to research and better understand the percentage of their customer base that was often waiting in long lines to pay their bills.

David L. Johnson, DTE’s vice president for customer relations, says the kiosks and the partnership with DivDat and Rite Aid came out of feedback his company received from
customers.

“No. 1, our customers are demanding convenience from us. They tell us they want transactions with their utility that are easy and seamless, and we believe the kiosks as they’re designed today accomplish just that,” Johnson says. “The kiosks allow a customer to make a payment; do an account inquiry on their own time, at their leisure; and the real plus is they do it in the communities where they live, play, worship, or go to school. So the kiosk in the future will be everywhere you turn. We expect to expand this footprint over time, based on customer need and customer demand.”

In developing the kiosks, Johnson says the primary concern of DTE was that the machines had to be locally produced. As a result, Burroughs Inc. — using Michigan-produced materials — assembles the kiosks in Plymouth Township. Total Armor, another Michigan-based company, handles the safes in the kiosks and picks up and delivers the monetary contents to the utility company.

Johnson says DTE has not yet been able to quantify whether or not people are paying their bills on time because of the kiosks, but the trend is encouraging.

“What we do see is that once a customer uses a kiosk the first time, they continue to use the kiosk over and over again versus going to one of our business offices to pay somebody in person,” Johnson says. “Once the customer gets used to the technology, which usually takes only a couple of minutes, we find they continue to use it, they enjoy it, and they never go back to the old channels in which they used to pay us.”

Another encouraging trend for DTE is that seniors aren’t intimidated by the technology of the kiosks. “We’ve been very pleased to see the senior citizens in our community have been really very receptive to giving it a try,” Johnson says. “We have made these things so simple and easy that we’re finding that our seniors are using the kiosks more and more.”

Johnson and Bierkle say the early success of the kiosks has drawn national as well as local attention from other utilities and businesses with cash-paying customers.

“We’re talking to another utility here in the state that has an interest,” Johnson says. “We’re also talking to different types of service providers like cell phone providers, tax entities like treasury departments, cable providers, and others that may be interested in partnering with us. Ultimately, while it’s a DTE kiosk at this point, we’re looking to make things easier for our community even if it means that we might have multiple partners on our kiosks with us in the future. We’re excited about that.”

Bierkle says DivDat is in talks with the Wayne County Treasurer’s Office as well as the 36th District Court in Detroit, where long lines is the norm, not the exception.

“We have a survey customers can take at the end of their transaction where we ask what other bills they would like to pay on the kiosk,” he says. “Water is No. 1, followed by court systems and taxes. Our customers are asking that we add those billers on there so we can save them the trip and inconvenience.” db