Are you looking for a new business location? One with high traffic volume, great visibility and convenient freeway access? You’ll find it in Troy, right on 14 Mile Road at I-75. Space is available in the 510 W. 14 Mile building in front of landmark Oakland Mall. Macy’s, JC Penney and At Home are mall anchors, with Hobby Lobby coming soon. Chili’s, Starbuck’s and Panera are nearby.

According to the traffic count, 85,000 vehicles per day drive north on I-75 and cross 14 Mile Road. Just under 50,000 cars pass by the W. 14 Mile building itself. Traffic lights force vehicles to stop in view of the building, just before entering northbound I-75 or as they proceed west on 14 Mile. Over 300,000 residents live within a five-mile radius, with an average income of more than $71,000.

Currently, the almost 16,000-square-foot strip center has three tenants: St. Julian Wine Company, LensCrafters, and Hair Mechanix, a men’s hair salon. There is room for up to three more businesses in the building, with approximately 6,700 square feet of space for lease. Two of the spaces are ready for occupancy. The third is unfinished and you can literally “create your own space.”

Those three spaces could be converted into a single space, as long as it lays out properly and is up to code. High visibility and half the rental rate of what a comparable space would run along Big Beaver makes this the perfect location to bring your business.

Donald Del Rose originally purchased the 510 W. 14 Mile building in Troy in 1980. He owned a children’s retail chain, Baby World ‘N’ Teens and this became one of his seven locations. “This was our number one store,” recalled Dorothy, Donald’s wife.

When Don decided to close his retail stores, Detroit Optometric Center (DOC) opened its doors at the Troy location.  DOC  later sold to LensCrafters (Luxottica Retail), and both have done very well. 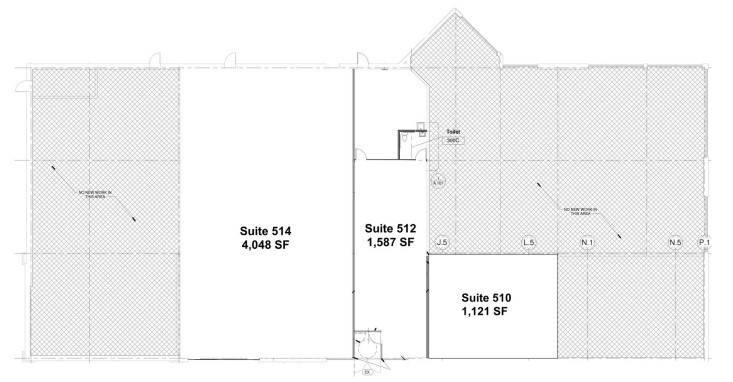 The building was remodeled in 2016, which included adding over 4,000 square feet and offering retail spaces facing 14 Mile Road. After road construction on 14 Mile was finally completed, it further enhanced the property’s appearance and visibility.

In late 2018, St. Julian Wine Company opened a tasting room in the Troy strip center. Although not allowed to sample during the pandemic, customers still could purchase wine and liquor.

“St. Julian’s sales were not only steady, but increased due to customers ordering online or calling in,” Dorothy commented. “The whole sidewalk in the rear of the building was stacked with rows of wine cases.”

Considered an essential business, LensCrafters’ Troy store was one of the select few that stayed open throughout the pandemic.

Dorothy took over property management after her husband’s passing in early 2021. Like her husband, she maintains communication with her tenants and encourages them to contact her directly. She is open to tenants’ promotional ideas. For example, she agreed to close off part of the parking lot so St. Julian could bring in food trucks and set up wine stations for an outdoor event under COVID restrictions.

Dorothy also oversees property improvements, ensuring that flowers are planted in spring and holiday decorations are put up to bring added attention to the building.