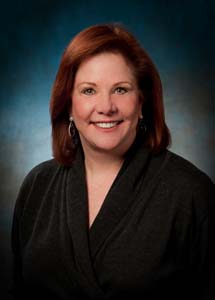 I recently had an epiphany about my career as a trademark attorney. Brand protection has become part of my DNA. My intuitive nature to protect the brand came into focus lately — and I am left to contemplate the state of trademarks, counterfeits, and international borders.

I was on a flight from Detroit to Amsterdam and was reviewing the in-flight magazine, when I came upon a full-page ad placed by the Customs Administration of the Netherlands. It was brightly colored and depicted a typical tourist scene. The ad showed a casually dressed fair skinned blonde woman in a stereotypical Moroccan street bazaar tent run by several gentlemen peddling what appeared to be designer bags, purses, and suitcases.

The bags in the ad were beautiful and plentiful. The gentlemen peddling the bags were smiling and friendly. The woman was very smart looking and stylish, as if one of the bags would have nicely fit into her wardrobe. Across the front of the ad was the question: “IS THIS OK, YES OR NO?” And the copy on the lower quarter of the page clearly declared in font bigger than a silver dollar: “NO.” The ad warned in no uncertain terms that bringing fake copies of designer products into the Netherlands is not allowed.

That’s right. I felt that I was on the side of the righteous — the protectors of international commerce. Allowing counterfeit products to move in commerce causes significant damage to the goodwill of brands. It’s a huge and costly problem. The designer brands know the importance of eliminating counterfeit products and policing the marketplace. I had to smile and acknowledge the efforts of the Customs Administration of the Netherlands in standing up for brand protection.

As I continued my flight, my mind wandered to brand protection at the borders of the United States. The United States Customs and Border Patrol (CBP) vigilantly protects the rights of brand owners at our borders. However, the CBP follows a policy called Directive No. 2310-011A. Basically, this allows someone arriving in the U.S. to bring with them one counterfeit, confusingly similar, or restricted grey market trademarked article, provided that the article is for personal use and not for sale.  This allowance can be taken every 30 days for a frequent traveler. This means a traveler can be decked from head to toe in counterfeit merchandise, as long as there is only one of each counterfeit item.

Can you imagine it?

This directive allows a traveler to come into the U.S. sporting — or packing — fake clothing, a fake handbag, a fake watch, fake shoes, fake belt, fake sunglasses, and anything else to complete the look. In 2011, U.S. Customs processed 340 million travelers. If each of these travelers brought a wardrobe of counterfeit merchandise into the country only once, the adverse impact on any brand is easy to understand.

Unfortunately, this directive seems to be well known by the counterfeiters. On a trip to China several years ago, my tour group was taken to the back alleys in Shanghai to purchase look alike designer handbags for substantially less than originals. The tour guide instructed everyone in the group about the one counterfeit item per traveler directive.

Suddenly, all of the women in the group were outfitting their men with new designer handbags.  I doubt those gentlemen, dapper as they were, would sport those bags back in the US. The ladies were on the hunt for the perfect fake designer outfit, dressing themselves from head to toe with counterfeit items.

I think it is time for the U.S. to revisit Customs Directive No. 2310-011A. Brand protection is an important part of this global economy. Most of us understand that the purse parties are wrong, the counterfeiters who approach us on the street are in the wrong, and that bringing counterfeit merchandise into the country is a bad thing. Let’s close this absurd loophole so the integrity of the brands we love can be protected. We love those brands for a reason — their goodwill. So, let’s all step-up and protect that goodwill.