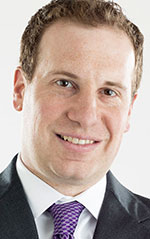 TROY —The CEO and president of United Shore, Matt Ishbia, 35, has been named one of HousingWire’s 2015 Rising Stars.

Now in its second year, Rising Stars recognizes mortgage and housing industry professionals under the age of 40 who have become leaders in their respective fields. Winners are featured in the June 2015 issue of HousingWire Magazine.

Ishbia, of Bloomfield Hills, oversaw residential lending volume growth of United Wholesale Mortage, the wholesale division of United Shore, which quadrupled from $1.76 billion in 2010 to $10.8 billion in 2013. The company projections for 2015 exceed $12 billion, and Ishbia plans to achieve $20 billion by 2017.

Prior to his position at United Shore in May 2013, Mat served as the president of United Wholesale Mortgage. He joined the company after graduating with a bachelor’s degree in business management from Michigan State University.