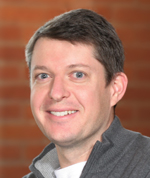 “As we move this project from planning to implementation the right leadership is critical,” Jackson said. “Dan and Heidi were both strong leaders throughout the planning process, and I am confident that they have the knowledge and the skills to translate the strategic framework into real progress revitalizing Detroit.”

The Kresge and W.K. Kellogg Foundations are providing funds to establish and operate the Program Management Office as a distinct entity with Detroit Economic Growth Corp. administrative oversight. The PMO will also work with funders, an Implementation Consortium, and other community partners to develop and manage the Detroit Future City implementation agenda. The agenda will include continued civic engagement, regulatory and policy reform, and the execution of early actions and pilot projects. The agenda will also build on important efforts already underway, working with community stakeholders to coordinate decision-making with the strategic framework to maximize impact.

“This is a tremendous opportunity to leverage the unprecedented planning and civic engagement efforts completed over the last three years,” said Kinkead. “Given the shared direction we’ve defined with Detroiters, and the breadth of change we see across the city each day, now is the time for well-informed, innovative, and impactful actions to improve our quality of life and create a sustainable, fiscally viable city.”

Kinkead, a long-time Detroiter, served in a leadership role on the technical planning team for the development of Detroit Future City. As Design Principal at Hamilton Anderson Associates, he spearheaded the team that assembled the 349-page strategic framework, and developed the Land Use and Neighborhood elements it contains.

He has 16-years of experience leading complex architecture, urban design, and planning projects in Detroit and many other locations nationally, and internationally. His experience also includes mentoring designers and planners to become leaders themselves, adding to the robust pool of talented urban innovators in the city. Kinkead graduated from Harvard University with a Master of Architecture in Urban Design; and Bachelor of Architecture from the University of Kentucky.

Alcock served in a leadership role on the civic engagement team for Detroit Future City. As Chief Executive Officer of Michigan Community Resources, she was instrumental in developing the infrastructure and philosophy for the engagement effort that helped shaped the strategic framework. That effort was the most robust participatory planning process in Detroit’s history.
Alcock has worked with, and on behalf of Detroit organizations focused on community development for 16 years.

Under her leadership, Michigan Community Resources quadrupled its budget and staff, creatively expanded its programs to benefit the community, and successfully built and led the Detroit Vacant Property Campaign, which works alongside the community to address Detroit’s vacant property crisis. A graduate of Wayne State University with a Master of Public Administration, Alcock also served six years as a planner for the Detroit City Planning Commission.